At least seven missing after avalanche in Nepal 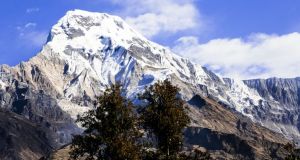 The missing trekkers were teachers staying in Nepal for volunteer work, the Yonhap news agency quoted the South Korean Ministry of Foreign Affairs as saying.

Nepal Department of Tourism official Meera Acharya said rescuers have saved 30 trekkers who were trapped by the avalanche blocking the trail and flown them to a safe area.

Weather conditions were poor with temperatures dropping in the last two days.

The South Korean ministry said the avalanche hit at an altitude of 10,600ft before noon on Friday. It said five other South Korean members of the same team were safe and taking shelter in a lodge. – AP