Rains fail again in East Africa and hunger on the rise, says UN 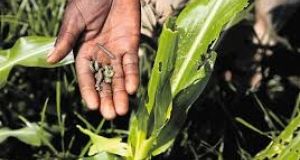 Rains have failed for a third consecutive season in East Africa, wilting crops, killing livestock and entrenching a long drought that has pushed millions into hunger, the United Nations said this weekend.

Some 16 million people are in need of humanitarian aid across areas of Somalia, Ethiopia, Kenya, Tanzania and Uganda – 30 per cent more than in late 2016 and their number expected to increase in the coming months, the UN food agency said.

“This is the third season in a row that families have had to endure failed rains – they are simply running out of ways to cope,” said Dominique Burgeon, director of emergencies at the UN Food and Agriculture Organisation. “Support is needed now before the situation rapidly deteriorates further,” said Burgeon.

Affected regions received less than half of their normal rainfall form March to May leaving crops scorched and pushing cereal prices up to near-record levels in most markets, the organisation said in a statement.

Damage was exacerbated by infestations of crop-eating caterpillars known as fall armyworms that have been ravaging harvests in several regions, the agency said. Dry pastures and water shortages also left thousands of animals dead or emaciated, curtailing milk production.

“When we know how critical milk is for the healthy development of children aged under five, and the irreversible damage its lack can create,” said Burgeon.

The situation was particularly alarming for herdsmen in Ethiopia, Kenya and Somalia, who are at risk of losing more animals that are entering the dry season in already very poor conditions, the FAO said.

1 The Sack of Balbriggan: The burning of a town that shocked the world 100 years ago
2 Coronavirus: 396 more cases as public is urged to help protect ‘older and vulnerable’
3 The FinCEN files: The billion dollar a month money trail
4 Gardaí break up rave attended by 60 people at Dublin flat complex
5 The far right rises: Its growth as a political force in Ireland
Real news has value SUBSCRIBE