Code: The language you need to learn

Computer code shapes our world – regardless of your age, job or gender. So why are so few of us proficient in this most modern of international languages? 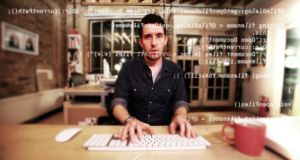 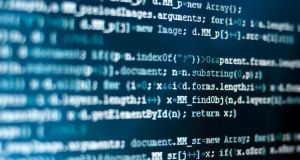 Imagine the entire world switching to a new language that you don’t know. It runs deep through everything from governments to your personal life, evolving to create new meanings, set priorities and decide ethics – all in an unregulated environment.

It has already happened. The language is computer code, and most of our schools aren’t teaching it. There will be nearly a million unfilled information and communication technology jobs in Europe by 2015, thousands of them in Ireland. But the importance of code is about more than jobs.

“Coding is the future,” says Jordan Casey, the 14-year-old creator of teach-ware.org, a free web-based application that he wrote for teachers to use after he noticed how lost they were when they misplaced their books of student information.

Since teaching himself to code, at the age of eight, Casey has developed two apps for the iPhone and spoken at conferences around the world. “Technology is making its way into every major industry, and that all comes down to people learning programming. You can create anything at all with code; the possibilities are endless. In Ireland there are lots of jobs, and people are not taking them because they are not familiar with code.”

Casey’s learning has been entirely self-directed, as he finds the information he needs online. He won’t be going to third level after his Leaving Certificate, as he believes he doesn’t need to. His 10-year plan has him at the age of 24 with his first successful start-up.

So what’s the best way to learn code? “Beginning Programming for Dummies, the book, and university computer-science lectures on YouTube,” Casey says. “For younger kids, CoderDojo, the free clubs founded in Ireland by James Whelton.”

Year of code The US has its Hour of Code campaign to get schoolchildren across the country coding. In the UK, 2014 is the Year of Code. Ireland has CoderDojo, which Whelton, who is 22, created in Cork in 2011. He has grown CoderDojo into 300 clubs in 30 countries and now spends much of his time in the US as a consultant.

At school Whelton was labelled a low achiever with learning difficulties. He taught himself maths, so that he could get an A in the Leaving Cert. “Some kids have friends growing up; I had a keyboard. I have learned the hard way that academic success does not translate into life success,” he says.

Whelton believes that the way schools teach doesn’t suit many bright kids and that children should be introduced early to code. “You can change the world with your keyboard,” he says. “I see programming more as an artistic endeavour than a business. Beauty is in the eye of the coder. Like art, you can create anything with code.”

Whelton is nurturing ideals that he hopes will influence young programmers to use technology for social good. “I want to see kids growing up in Ireland going into nonprofits, disrupting using technology and re-creating ethics. It’s not important for everyone to learn to code, but they should have the opportunity to learn it.”

“Computer science is not taught in school in Ireland, and it should be, as an optional subject,” says Marie Redmond, adjunct professor of computer science at Trinity College Dublin, founder of X Communications and a pioneer of combining the arts and technology. “The problem is teachers. If you’re not a computer scientist you won’t work for secondary-school wages. At TCD we can’t churn out computer-science graduates quickly enough – and we are trying.

“You can’t separate coding from design and creativity,” she says. “Learning to code is part of the creative skill set people need to work in any industry now, from textiles and fashion to law and medicine.”

Not every child needs to learn code, but those who are receptive should be given the chance, she believes.

“When I came back to Dublin after teaching at MIT, I decided to set up an educational programme where I could work with creative people who had a phobia about coding. I can teach students to process in Java from zero in three months,” says Redmond.

The “lowest” code is the most difficult to write. Code starts with a base layer of binary – 0s and 1s – then builds up layer upon layer. The higher you go the easier it is to read and write, so that the highest levels move into more natural language. The syntax becomes more and more intuitive and easier to programme. Code language has become so sophisticated that a few words today communicate concepts that a few years ago required thousands of lines.

Aspiring to elegance Good code aspires to elegance, according to the New Delhi-born novelist and programmer Vikram Chandra. In his latest book, Geek Sublime: Writing Fiction, Coding Software, Chandra explores the bridge between written language, which informs and forms human consciousness, and the coding of technological communication. We may not realise it, but we live in a world that abounds with computers that have changed the way we think, a change as radical as that induced by the wearing of watches, which changed our perceptions of time.

“Code already shapes the world of the nonprogrammers and embeds itself in their bodies, into their experience of themselves, into lived sensation and therefore the realm of experience and aesthetics. Soon, in the near future, we will live inside an experience mediated by computers,” he writes. “We will programme ourselves and the world we live in. DNA is literally a programming language that can be manipulated on a computer. Synthetic biology is here and bio-hackers and programmers will change your environment much sooner than you think.”

Yet little enough attention has been paid to the character and ethics of coders creating this new world. Their cardinal sin, believes Chandra, has been to exclude women and thus diversity of creative thought. The original coders on the first enormous computers were women, chosen because the job required the plugging and unplugging of cables like those used by operators – nearly all female – on telephone exchanges.

As coding was elevated to a highly paid profession, it was masculinised. “The social ineptitude of the sandal-wearing, long-haired pioneers of the early days has been elevated to a virtue,” writes Chandra, who as an Indian with gentler values was forced to come to terms with the macho braggadocio of programming culture.

Changing the “dirty, long-haired, bearded image” of coders is key to involving more girls, as well as boys, in learning to code, believes Andrew Meehan, a lecturer in electronic engineering at NUI Maynooth. Demystifying technological language by involving young people in creating things that actually work is part of his approach. “We need to get the message out that if you can do this coding you can live and work in a software world without being considered a geek,” he says.

With support from Intel, Magenta PLM and Siemens, Meehan’s department has collaborated with a local secondary school, Maynooth Post Primary, to build a Greenpower Electric Car. Greenpower is a British engineering charity that helps get children and young people involved in science, technology, engineering and maths through the building of a Formula 24 racing car. About half of the participants in the programme are girls, engaged in problem-solving with maths, and in coding that is never mentioned by name.

Too few girls Redmond is concerned that so few girls are choosing computer science at third level. At TCD 11 per cent of computer-science students are female. “Girls have a terribly bad start in secondary school. They are not encouraged to do honours maths or applied maths or physics, and these are important skills. One reason is the teachers are not available, or the quality of teaching is a problem. They say girls don’t code, but when they do, they are the best.”

Vicky Twomey-Lee, a software engineer who is also an executive board member of Women in Technology and Science Ireland, runs a CoderDojo for girls at Dublin City University, as well as Coding Grace, a code-learning club for women, and Digiwomen and Ireland Girl Geek Dinners. “You don’t have to be good at maths,” she says. “Coding can be fun and sociable.”

Concerned by the lack of diversity in the tech community, she decided to do something about it by creating events where people “feel safe learning about technology in an environment where they can ask questions or even mentor in their area of expertise . . . It’s not that scary.”