‘We’re not asking for the impossible ... we just want what other kids have’ 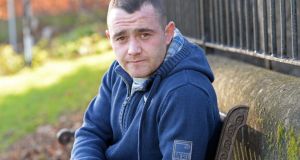 Mark Gray from Dún Laoghaire, Co. Dublin: ‘By the time you’re on your third or fourth social worker, you’re just fed up of explaining yourself.’ Photograph: Eric Luke / The Irish Times

Mark Gray knows first-hand the reality of growing up in a care system under strain. He was just six years old when he was placed in a residential home. It was tough and lonely.

But the social worker he was allocated helped him through what could have been a very rough period. “I built up a very good relationship with her,” he says. “She knew my story inside out. If there was something I was unhappy about, I was able to talk to her. She was able to speak up for me . . . I trusted her a lot.”

In all, he ended up having eight different social workers during his 12 years in residential care. “By the time you’re on your third or fourth, you just get fed up explaining yourself,” he says. “They’d keep changing. You’d be like, ‘who are you’? You couldn’t build up a relationship or any kind of attachment,” he says.

“Some of them would be trying to bubble-wrap you from the truth, when all you want to know is what’s going to happen to you? You feel like you’re walking on glass a lot, not knowing what lies ahead.

“I don’t blame them. You would see some of them under real pressure. You’d see the stress and frustration in their faces. They’d probably seen six other kids that morning.”

New figures appear to bear this out. The number of concerns over children at risk reported annually to social services doubled between 2006 and 2013 to 43,000.

Measuring the Pressure, an internal report compiled by the Child and Family Agency, shows more than 8,000 cases of abuse, neglect or welfare were waiting to be allocated a social worker as of last September. Almost 3,000 of those were categorised as “high priority” cases.

Even for children admitted into the care system, there were sometimes major gaps. More than 400 children in care did not have any social worker and almost 600 were without a written care plan.

“The result is you have a lot of fire-fighting,” says Jennifer Gargan, director of Epic, a group that supports young people in care. “These children are in need of consistency and continuity of care. Children having meaningful relationships with their social worker is a key protective factor.”

The Child and Family Agency insists any child at immediate and serious risk of harm receives a response and is prioritised. All cases are monitored and reviewed by in-take teams.

Fred McBride, the agency’s chief of operations, says latest figures show the number of cases waiting to be allocated a social worker is falling and new initiatives are beginning to pay.

Cases of children or families at risk that aren’t urgent enough to meet the threshold for social work intervention, for instance, are being referred to family support networks and other services to ensure they get a proportionate and timely response. Further initiatives are under way, including the recruitment of 192 social workers.

Gray would like to think things are improving but he sees lost young people in care on a regular basis who aren’t getting the support they need. “I met a girl recently who said she’d had 36 different social workers. How can you have any stability or trust in your life after that?” he says.

Now 24, Gray feels the instability that marked much of his time in care has followed him into his young adult life. He struggled for a long time to find a place to live and spent months sleeping on friends’ sofas, before finally finding a place to rent.