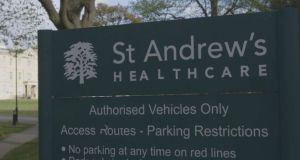 Inspectors deemed the facility inadequate and found patients were not treated ‘with dignity, compassion or respect’.

A secure mental health facility in the UK which is used by Tusla to accommodate Irish children is at risk of closure following a series of damning findings against its care practices.

Issues identified include a lack of respect shown to patients by staff, and children being held in isolation rooms with no bedding or chairs, sometimes for longer than necessary.

Inspectors from the Care Quality Commission (CQC), the UK version of the Health Information and Quality Authority (Hiqa), deemed the facility inadequate and found patients were not treated “with dignity, compassion or respect”.

Management at St Andrew’s, which is run by an independent charity, have been given six months to improve before steps are taken to close the service.

Irish children with severe mental health problems are sent to St Andrew’s when Tusla or the HSE do not have the resources to provide appropriate care. All transfers much be sanctioned by the High Court.

Referrals can be extremely costly. In 2015 the High Court heard €400,000 a year was being spent on treating an 18-year-old woman, enough to pay for a purpose-built facility for her in Ireland.

A St Andrew’s spokesman said it would not be accepting any new patients, including patients from Ireland, until its issues were resolved.

Although they are receiving treatment in the UK, the Irish adolescents in the facility are still in the care of Tusla. The agency said it received regular reports on the children’s wellbeing and ensured they had contact with their social workers.

“Tusla is aware of the concerns raised in a recent report by the CQC and have sought assurances from St Andrew’s in relation to care arrangements for children in the care of Tusla who are currently placed there,” a spokesman said.

“Tusla’s ultimate goal is to see all children in such placements recover sufficiently to be safely discharged and return home to Ireland.”

The HSE said it was aware of the report and would “continue to monitor the situation”.

According to the CQC report, released on Thursday, 11 of its 15 seclusion rooms did not have basic furnishings such as beds, pillows, mattresses or blankets. On 13 occasions where a patient was put in seclusion, staff did not provide a chair or mattress, meaning the occupants had to sit or lie on the floor.

Staff did not ensure female staff were available for helping female patients change their clothes. “It was the inspection team’s view that this practice was uncaring, undignified and disrespectful.”

On three occasions patients were put in seclusion for longer than required. The inspectors said they had raised concerns on 12 previous occasions. St Andrew’s has undertaken to “rethink” long-term seclusion practices to ensure greater monitoring. It was confident its service would be much improved within six months, it said in a statement.