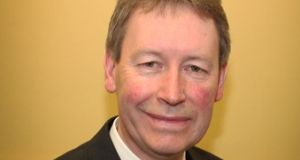 Thousands of retired semi-State employees are “really struggling” with small pensions and an inability to have their voices heard, an Oireachtas committee has been told.

Representatives of former ESB, RTÉ and Bórd na Móna staff said their members have been unable to discuss issues regarding pension entitlements on a collective basis and have suffered financially from funding shortfalls and levies.

Addressing the Oireachtas Committee on Employment Affairs and Social Protection on Thursday, Matt Kelly, representing about 9,000 retired ESB workers, said: “When I joined, there was a pension promise . . . that pensions would reflect the salary of the job you left. This pension promise . . . has not been honoured.”

The committee was hearing representations ahead of the Social Welfare, Pensions and Civil Registration Bill 2017.

Mr Kelly said that, for semi-State workers employed before 1995, membership of the company pension scheme was obligatory and they could not qualify for a State contributory pension. Since then, changes in the pension landscape, including the imposition of levies have reduced entitlements.

“The ability of the State to apply levies by means of stamp duties or similar charges to pension funds . . . is legal but morally indefensible,” Mr Kelly said.

Mairéad de Buitléir, representing about 1,500 former RTÉ staff, said workers in the semi-State sector had devoted their entire working lives to supporting the State’s infrastructure. But while there are critical issues around pension entitlements, there is no “recognised mechanism” by which they could communicate their concerns with former employers, she said.

Other organisations affected include Bórd Gáis, CIÉ, Telecom Éireann and the aviation sector. Ms de Buitléir explained that most semi-State defined benefit pensioners were not allowed to pay a full PRSI stamp for State contributory pensions.

“There is a myth out there that RTÉ pensioners have gold-plated pensions,” she said, adding that one fifth of staff are in receipt of just €12,000 annually. She also pointed out that while former RTÉ staff have not received any pension increase since 2005, the contributory old-age pension has increased from €179 to €248.

They have also appealed to the committee to consider defining who is responsible for funding public sector pension deficits and flexibility in the minimum funding standard.

Committee chairman John Curran, describing the presentations as “eye-opening”, said they were awaiting a response from Minister for Social Protection Regina Doherty regarding several amendments to the Bill.

Senator Alice-Mary Higgins noted a “divide and conquer approach” was being taken.