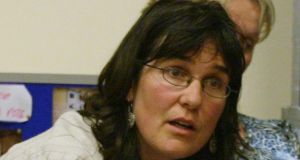 Secondary schools are failing to properly tackle the endemic bullying and racism directed at Traveller children, according to Pavee Point.

The Traveller rights organisation said Traveller children get on well in primary schools but secondary schools have not provided adequate support to handle increased enrolment.

“It’s only in recent years that [Travellers] have gone to secondary school and what’s happening is the supports that were available in primary school aren’t available,” said the organisation’s co-director Ronnie Fay.

Ms Fay was speaking in Dublin at the launch of two information leaflets designed to help Traveller parents in the east of the country identify and deal with bullying and self harm.

“The idea is that the Traveller community health care workers will be able to give this information out to Travellers in the community and Travellers will then be better equipped to deal with [the issues] in the future,” said primary healthcare co-ordinator Brigid Nevin.

In 2010 the All Ireland Traveller Health Study identified a disproportionately high level of mental health issues among Travellers, including a suicide rate six times the national average that accounts for 11 per cent of Traveller deaths.

Ms Fay said the Traveller Health Unit was attempting to raise awareness and provide information on the importance of maintaining health and well-being.

It was also trying to create and develop access to mainstream mental health services while supporting the development of “culturally appropriate” services.

She said schools also needed to play their part by doing more to deal with bullying and racism, adding that this has gotten more difficult with recent budget cuts.

In addition, she said schools have an inherent prejudice against Travellers in disciplinary situations.

“Often when there’s an issue it’s assumed the Traveller is the guilty party rather than them reacting to other stuff that’s happened.”

She said schools need to recognise “that travellers experience a particular form of racism and discrimination and that it’s endemic and that it’s having an impact on children’s progression through school and outcomes in education”.