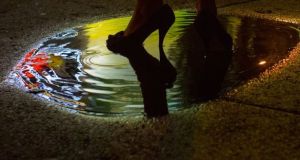 ‘As the lockdown has lifted, we have seen an increase in the numbers of women advertised online once again and an increase in sex buyers contacting them.’ Photograph: Getty Images

The sale of sex has increased as coronavirus restrictions have lifted and legislation criminalising the purchase of sex must be enforced more effectively, an advocacy group for women in prostitution has warned.

Ruhama, which supports more than 400 women involved in on-street and in-door prostitution a year, said that if buyers of sex are not targeted robustly “they will continue to operate with impunity”.

The assertions are made in the organisation’s submission to a Government review of part four of the Sexual Offences Act (2017), which decriminalises the sale of sex and criminalises its purchase. Submissions can be made to the Department of Justice until September 19th.

Ruhama was one of 72 civil organisations which, as part of the Turn Off the Red Light campaign, lobbied for the introduction of the legislation broadly based on a Nordic model. While it enjoys widespread support, it has proved controversial with many sex workers who argue it has left them less safe and more stigmatised as they must be more covert to carry on in their activities.

“The criminalisation of sex buyers was an important step on the road to reducing the demand that fosters sexual exploitation,” Ruhama said in its submission.

“The greatest deterrent to sex buyers is the risk of arrest and public exposure. The law also sends a clear message to society in general that the purchase of sexual access to vulnerable individuals is not tolerated in a country that values women and girls.”

Ruhama said “some” women it supports “reported feeling more confident to report incidences of violence to An Garda Síochána now that they have been explicitly decriminalised”.

Women who suffered violence in prostitution “have experienced better outcomes in the criminal justice system, while perpetrators of rapes, assaults and robberies have been held accountable for their actions”, it adds.

Concerns are raised, however, about inadequate enforcement and insufficient resources to support women to exit prostitution.

“In 2020, we have seen no action to date in relation to the targeting of sex buyers in Ireland. While the Covid pandemic decreased demand, sex buyers did evade lockdown measures to sexually access women in prostitution.

“As the lockdown has lifted, we have seen an increase in the numbers of women advertised online once again and an increase in sex buyers contacting them. This legislation must continue to be enforced and implemented effectively.”

Increased supports for women who wanted to exit prostitution were “promised at the adoption stage of the law” but remain inadequate, Ruhama said.

Barriers faced by women seeking to get out of prostitution include poverty, third-party coercion, violence and control from pimps, homelessness, lack of education, post-traumatic stress and substance misuse.