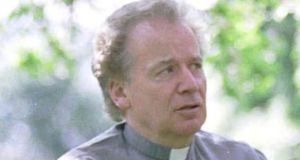 A 56-year-old parish priest in Roscommon is to be the new Bishop of Kerry.

Raymond A Browne, a graduate of St Patrick’s College Maynooth and of the Gregorian University in Rome where he studied canon law, has been appointed by Pope Francis to succeed the serving Bishop of Kerry Dr Bill Murphy, who has served almost two years beyond his retirement.

The announcement was made after 10am Mass in Killarney’s St Mary’s Cathedral.

A native of Athlone, Co Westmeath, Fr Browne was ordained in 1982. He has been parish priest of Kilgefin, Co Roscommon, since 2008, and has also been diocesan designate for safeguarding children in that period.

He has also served as a parish priest in Sligo.

Dr Murphy, who will be 77 in June, was ordained in 1995 and a replacement was widely expected last year. He tendered his resignation in 2011 on reaching the age of 75.

Dr Murphy welcomed his successor to his new post. “Fr Ray comes to us from the diocese of Elphin, where he is parish priest of Ballagh, County Roscommon. He brings to his new ministry a wide range of administrative skills and pastoral experience which he has acquired through the various ministries he has exercised up to now.

“I believe his appointment will greatly benefit the Church in the diocese of Kerry and will also contribute significantly to the work of the Irish Episcopal Conference and its commissions and agencies,” he said.