Refusals are reflection of supply crisis in housing, says Residential Tenancies Board 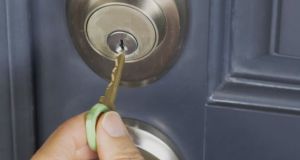 Tenants can struggle to find new accommodation in the area where they have been living, at a price they can afford, according to Margaret McCormick, information officer with the Irish Property Owners’ Association

Cases involving tenants who refuse to leave their homes have increased dramatically this year, searches on the Residential Tenancies Board (RTB) database show.

RTB findings involving tenants’ refusal to leave published since January have already exceeded the number for the whole of 2018.

“It’s a sign of the times, of the market,” said Stephen Large, Dublin regional services manager with the tenants’ rights organisation, Threshold.

“If you are faced with the difficult choice of entering the homeless service or staying where you are, most people would choose to stay where they are.”

Organisations representing landlords and tenants both say that the continuing rise of cases involving “overholding” – where a tenant fails to leave after being served with a valid termination notice – is a reflection of the supply crisis in the housing market, and the allied problem of rising rents.

A search of the RTB database for completed cases involving overholding shows they are growing strongly.

When a tenant is served with a termination notice, it can be challenged to the RTB for adjudication. The outcome can then be appealed to a tribunal.

The entire process is currently taking 9½ months, on average, according to Caren Gallagher, head of communications and research with the RTB.

There have been 105 tribunal findings published since the start of the year that dealt with overholding, as against 90 in all of 2018, the data shows. In the case of adjudication orders, the figures are 637 so far this year, and 512 for all of last year.

When the database is searched for cases involving both rent arrears and overholding, a similar pattern emerges, with 62 tribunal orders already this year, as against 52 for all of last year.

In relation to adjudication orders for these, the search showed 376 so far this year, and 338 for all of last year.

The overholding issue causes huge problems for landlords as well as tenants, according to Margaret McCormick, information officer with the Irish Property Owners’ Association.

“It’s one of the biggest problems now, as there is less property available and people have not got anywhere else to go,” she said.

Tenants can struggle to find new accommodation in the area where they have been living, at a price they can afford, she said.

From the point of view of the landlord, he or she might need to sell the property for personal financial reasons, or need the property for a son or daughter who is going to college. Or the landlord could be returning to Ireland and be in need of accommodation. “There is a lot around overholding that can be difficult for both sides.”

Ms Gallagher said the RTB had more than 300,000 registered tenancies, and that in the majority of cases the arrangement was working well. In most cases of overholding, the matter is negotiated reasonably by the parties affected, she said, with many cases going to mediation rather than the adjudication process.

A recent tribunal ruling involved a family living in Mulhuddart, Dublin 15, who were served with a termination notice in January 2018 to leave a property they had been living in since 2015. In October 2018, the notice was adjudicated to be invalid. The landlord appealed.

A tribunal that sat in January 2019 was told the landlord had served the notice as she wanted to sell the property. She was willing to allow her tenants a reasonable time to vacate.

One of the tenants disputed the landlord’s evidence that all the proper documentation had been served, but the tribunal sided with the landlord.

The tenant said he and his partner “did not wish to overhold in the dwelling but despite their best efforts at finding alternative accommodation, they had nowhere else to go and they had young children, one of whom was sick, at home”.

She said “she did not wish any hardship for the tenants in the circumstances”, according to the tribunal report. A six-month period to vacate was agreed.

A man who had been living in a house close to the Navan Road, Dublin 7, since 1996, was served a termination notice by his landlords on the basis that they wanted the house for their daughter. The house had previously belonged to the daughter’s grandmother.

The landlords’ daughter told the tribunal she wanted to immediately occupy the house once vacant possession was obtained. The rent on the house was €800 a month. At the time of the hearing, rent in arrears totalled €5,941.

The tenant claimed he was due a substantial sum for repairs and maintenance work carried out over the years. The tribunal was told this was the subject of a separate RTB dispute. It was also told of other reasons for the rent not being paid.