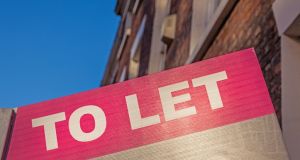 The ads in question included terms such as ‘rent allowance not accepted’. Photograph:iStock

In a finding published on Tuesday , the WRC found that ads hosted on the popular property website breached sections of the Equal Status Acts. The advertisements, the WRC found, discriminated on the basis of age, employment status and against those in receipt of housing assistance.

The case was taken by the Irish Human Rights and Equality Commission (IHREC) in 2016, after it received repeated complaints about ads hosted on the platform. The ads in question included terms such as “rent allowance not accepted”, “suit family or professionals only”, and “would suit young professionals”.

The WRC found that Daft had “vicarious liability” for the content posted on its site, despite the company’s argument that it was not an advertiser, but rather was an “information society service provider” and acted as a “mere conduit”.

The IHREC said that the judgement had “much greater, wider significance”, and could set a precedent for large tech companies resident in Ireland which claim that they are not liable for the content they host on their platforms.

Tony Geoghegan, a commissioner with the IHREC, said that ads such as those hosted on Daft.ie “perpetuate an unconscious idea that poor people are bad tenants.”

“It has much wider ramifications. The reason we took the case was on housing and equal status, but it has bigger ramifications on a wider level in terms of social media and how that will be managed,” Mr Geoghegan said.

When contacted, Daft.ie said it was taking legal advice in relation to the ruling and therefore was precluded from commenting. It can appeal the decision to the High Court.

The case was originally taken almost three years ago by the IHREC. During the course of the pleadings, Daft argued that it had instituted a series of reforms which aimed to clamp down on discriminatory language being used in ads. The website also published a blog post detailing these efforts last March.

However, ultimately the reforms instituted by Daft failed to convince the WRC or the IHREC that it was doing enough to restrict potentially discriminatory advertising.

Experts said the finding would be watched closely by tech giants, especially the fact that European e-commerce directives offered no protection to Daft in the final ruling by the WRC. In its finding, the WRC said “there is no evidence within the arguments raised to satisfy me that the Ecommerce directive shields or protects the respondent from its obligations under the Equal Status Acts”.

Liz Carolan, executive director of non-profit group Digital Action, which works on digital society and political issues, said it was significant that Daft had failed to convince the WRC that its status as an internet platform lessened its obligations.

“The decision does present a challenge to the e-commerce directive being used as a “shield” against responsibility for prohibited advertising content on web platforms,” she said, although she added that it was unclear if this would set a precedent for a higher court.

“What is interesting about the judgment is that the company does not appear to dispute the claim that the ads on its site would be prohibited under Irish law if they were printed offline, only that the law doesn’t apply. The company outlines measures it takes to discourage the content, and to deal with it once it is flagged, but it disputes that it holds responsibility to screen ads to prevent it,” she said. “This is part of a wider problem not just in Ireland, but across Europe and in the US.”

Mike Allen, the chief executive of Focus Ireland, said homeless and vulnerable people, or those in receipt of rent supplements “always had a strong feeling they are being discriminnated against at various stages in the process.”

“People can end up being stuck in homeless accommodation for very long periods of time, with all the damage that can do to them as individuals or as a family,” he said. “It’s very welcome that landlords won’t be able to publicly announce a prejudicial position against certain groups of people, but there remains a big problem in terms of discriminating against them in the decision.”