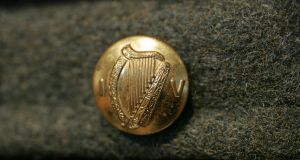 More than one million people have visited the National Museum of Ireland’s four sites since the start of this year, as a result of the interest in the 1916 commemoration exhibits.

This is the sixth consecutive year that the museum has attracted more than one million visitors.

However, it is the first time the figure has been reached as early as the first week in September and represents a cumulative increase of 16 per cent on the same period last year.

The director of the National Museum of Ireland (NMI), Raghnall Ó Floinn, said that given the “limited resources at the disposal of the NMI”, exceeding the one million visitors mark was a significant achievement.

“The launch of our Proclaiming A Republic: The 1916 Rising exhibition has brought in just over 115,000 visitors since it opened on March 2nd.

“This has been a very significant exhibition for the island of Ireland and has proved to be an emotional experience for many visitors,” Mr Ó Floinn said.

“An unprecedented 100,000 schoolchildren, families and adults from all over Ireland participated in the museum’s public programme of tours, workshops, talks, lectures and other events in the first six months of 2016,” said Mr Ó Floinn.

Catherine Heaney, chair of the National Museum of Ireland, said the museum’s success shows domestic audiences are engaging more with the museum.

“The 1916 commemorations have enlivened an interest in our culture and heritage. We must respond to this by ensuring that our offerings continue to engage and stimulate.

“That means issues such as access and exhibitions need to be resourced effectively to maximise growing public engagement. It’s a very positive time for museum culture, and one that should not be let slip away,” she said.