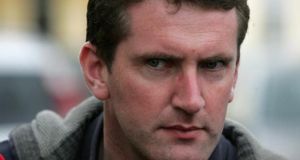 His position clashes with that of Minister for Justice Frances Fitzgerald, who has ruled out any such move.

Both Ministers are due to host the first meeting of a Government working group this week, which is reviewing the controversial accommodation system for those people seeking refugee status.

“I can’t stand over a system which belittles people, which forces people to live in intolerable conditions,” Mr Ó Riordáin told The Irish Times.

Ireland is one of two EU member states – the other is Lithuania – which bars asylum seekers from working under all circumstances.

Many countries offer a limited or qualified right to work, either after a period of time or for work in certain sections of the economy.

Mr Ó Riordáin, who is Minister of State at the Department of Justice with special responsibility for equality, said all issues should be up for review as part of the working group’s remit.

Tensions in a number of direct provision centres have been rising in recent weeks, with three separate protests at which residents have refused food.

Overall, more than 4,000 asylum seekers, including 1,600 children, live in 34 reception centres – mostly former hostels or hotels – under the the direct provision system. The average length of stay is almost four years, although some have been living in the system for anything up to 14 years.

Mr Ó Riordáin said he hoped the working group’s deliberations would be completed within a three-month period, with firm proposals on how to improve the system ready in the new year.

“This is an issue we need to address as quickly as possible it is not a good system particularly for children.”