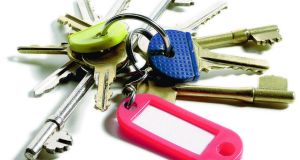 Rent supplement will be replaced by a new “housing assistance payment”, which will allow those who take up full-time work to continue to receive a proportion of the payment. The size of the payment will depend on a person’s ability to pay.


Recipients of rent supplement who take up full-time employment will be able to retain the payment under reforms being planned by the Government.

The rent supplement, paid to more than 90,000 people who cannot afford the full cost of their private rented accommodation, has often been criticised as a “poverty trap”.

This is because many recipients who take up full-time employment often lose the entire payment, which is worth up to €475 per month.

However, the rent supplement will be replaced by a new “housing assistance payment”, which will allow those who take up full-time work to continue to receive a proportion of the payment. The size of the payment will depend on a person’s ability to pay.

Government officials hope the move will prevent welfare dependency and incentivise people to take up work.


Local authorities
Responsibility for the payment will transfer from the Department of Social Protection to local authorities, which are responsible for meeting housing needs.

The payment would be made directly to landlords rather than tenants, as is the case with rent supplement at present.

A spokesman for Minister of State for Housing Jan O’Sullivan confirmed yesterday that legislation providing for the move is due to come before the Oireachtas shortly and a number of pilot projects are due to take place later in the year.

Precise details of the new payment are still under discussion and implementation plans are being advanced by a steering group chaired by the Department of the Environment .

The new housing assistance payment will operate in a similar way to local authority rents. They use a system called “differential rents”, which means a person’s rent is based on their ability to pay.

Each local authority operates it own scheme, but in general they have a minimum or maximum rent, depending on the size of the home. There is also a hardship clause that gives local authorities discretion to reduce rents, if there is a reason to do so.


Income changes
Local authority tenants are obliged to inform authorities of any changes in their income.

Threshold, the national housing charity, welcomed the proposed move and said it would provide benefits for tenants, landlords and the wider economy.

“We support the proposal that rent would be paid directly to the landlord,” said Threshold director Bob Jordan. “This will give tenants more security and choice, while also providing greater peace of mind for landlords.”

The group has concerns over the poor quality of accommodation that is being offered to many people in receipt of the rent supplement.

It has called for the introduction of a “NCT for housing”, which would put the onus on landlords, rather than local authorities, to ensure properties meet key standards before they are offered for rent.


Financial assistance
There has been long-standing concerns within Government that what started out as a short-term form of financial assistance for people who are temporarily unemployed has turned into a longer-term income support.

Latest figures show about 50,000 people have been in receipt of rent supplement for more than a year and a half.

As a result, the Department of Social Protection funds almost 40 per cent of the private rental sector in Ireland at a cost of about €430 million.