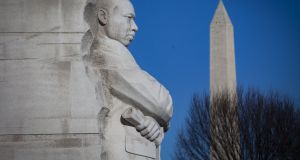 On New Year’s Day, Nasa, the American space agency, announced that its New Horizons spacecraft had located an icy sphere named Ultima Thule, some four billion miles away in the far reaches of the solar system. Scientists tell us that it may contain remnants from the birth of our solar system. Five days later churchgoers were hearing about wisemen led by a star – a different kind of space story. However we interpret this and other recorded details of the birth of Jesus it is important to note that all four gospels are post-resurrection documents inspired by the firm conviction of the followers of Jesus that his living, his dying and his resurrection had a universal significance for humankind. This led the disciples and others to explore his earlier life long after the event, not always an exact science.

Without Easter we would never have heard of Jesus of Nazareth.

The American rendezvous with faraway Ultima Thule would have impressed the author of tomorrow’s psalm, which reminds us of the important place natural theology occupies in religious thinking. He captures our shared fascination with the universe: “The heavens are telling the glory of God; and the firmament proclaims his handiwork.”

From the beginning of time human beings have marvelled at the wonders of the universe and again and again have acknowledged, sometimes in primitive ways, a life source, a supreme being that we call God. The more we learn about the universe the more we marvel, and many are moved to worship.

The Old Testament reading provides an example of organised religion struggling to clarify the role of the worshipping community. It is taken from the Book of Nehemiah, who is credited with rebuilding the walls of Jerusalem, and deals with events from the fifth century BCE, when the Jews were returning from exile. Those who had been in exile, notably Jewish leaders and intellectuals, had preserved their religious and racial identity. On their return to Jerusalem they were appalled to discover that those who had avoided exile had intermarried with other races and adopted alien religious practices. For Nehemiah and his contemporary Ezra, a return to the old ways was essential and they insisted that the Jewish people must be “separated from all strangers”.

There is a familiar ring about that given the problems western countries are having today with immigration as people get angry over what they perceive to be a threat to their identity and religious culture. Clearly the Nehemiah/Ezra leadership held the same view believing that the inherited and traditional position must be upheld, outsiders must remain outsiders. Donald Trump’s supporters were not the first to think “Build that Wall”.

The gospel reading is significant. Jesus, who is attending the synagogue in Nazareth, reads from the Book of the prophet Isaiah, part of his religious heritage: “The Spirit of the Lord is upon me, because he has anointed me to bring good news to the poor. He has sent me to proclaim release to the captives and recovery of sight to the blind, to let the oppressed go free...”

The setting could not be more traditional but the ancient scroll and revered text in the hands of the Spirit filled Jesus found a new expression as the religious, political and social thinking of his day is turned on its head. In God’s kingdom there is no place for exclusivity or the prejudices and hatreds that divide people – a challenging thought in this octave of prayer for Christian Unity.

Last Monday was Martin Luther King Day in the US. He was one of the great Christian prophets of the 20th century. As he sought to lead his nation to a better place, bitterly divided as they were, perhaps he had in mind those wisemen of old and their star when he said: “Returning hate for hate multiplies hate, adding deeper darkness to a night already devoid of stars. Darkness cannot drive out darkness; only light can do that. Hate cannot drive out hate, only love can do that.”