‘A poet of oceanic forlorness in all his writings’ 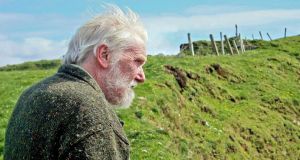 Writer Dermot Healy who died suddenly at his home in Ballyconnell, Co Sligo, on Sunday night

Many tributes have been paid to writer Dermot Healy who died suddenly at his home in Ballyconnell, Co Sligo, on Sunday night.

President Michael D Higgins said he heard of the news “with great sadness”. Healy was someone “whom I had the privilege of also having as a friend”. The President said Healy was “a prolific and most original poet, novelist and playwright” who “in recent years . . . had received the recognition and tributes which his work long deserved”.

Minister for the Arts Jimmy Deenihan described Healy as a “wonderful” talent. “Widely regarded as one of our finest contemporary writers, Dermot will be remembered alongside the greatest Irish writers of any age.”

Roddy Doyle said he was “shocked at his death, fullstop”. He said Healy was possibly the best writer in Ireland. “I just wish there was more of it [his writing],” he said, adding that they had been “quite good friends”.

Jennifer Johnston remembered Healy as “a very warm man who had his moments. He was a very, very good writer. I wonder how many people read his books. I hope an enormous number of them did.”

Peter Fallon, who published four of Healy’s books of poetry, said “his work is, literally, extraordinary” and “the regard serious writers had for him was unusual and exceptional”. He could be “terrifically funny, a great gift not many writers have”. He believed that “for its variety, richness and its truth, he has left us a very special body of work”.

Writer Brian Leyden, a neighbour of Healy’s, said he was with him when he died. So too was Healy’s wife, Helen; Leyden’s wife, Carmel; and Mick Murphy, a friend of Healy’s from London. They had a call earlier on Sunday evening to say Healy had a heart attack.

As they waited for an ambulance “he died in his own bed, very suddenly”, Leyden said.

He said he felt the death might be related to “a very serious accident” Healy and his wife had near Glencar last February.

He traced their friendship to the late 1980s when Healy edited the literary magazine Force 10 in Sligo. They had been neighbours in Ballyconnell for many years, along with fellow artists Seán Sweeney, Leland Bardwell and Diarmuid Delargy. “We became a nexus, a cluster”, for which Healy “was largely responsible”, he said.

His death was a sudden, awful, unexpected tragedy, he said. “Dermot was a poet of oceanic forlornness in all his writings. If John McGahern looked at a white wall [when writing], Dermot looked out to sea.”

A two-day wake was planned at the Healy home, he said, followed by the funeral on Thursday in the church at nearby Maugherow, with burial afterwards in the local cemetery.

Thinking of the funeral, he recalled a line from Healy’s poem A Funeral, “ . . . shovels work like oars, rowing the dead man from this world”. Dermot Healy, he felt, “was always just shy of finding home”.

Healy was born at Finea, Co Westmeath, in 1947. His books included Banished Misfortune, The Bend for Home, Fighting with Shadows, A Goat’s Song and Sudden Times and Long Time, No See.

He wrote and directed plays, including The Long Swim, On Broken Wings and Mister Staines, and wrote the screenplay for the film Our Boys, directed by Cathal Black. The Gallery Press published his four collections of poetry, The Ballyconnell Colours, What the Hammer, The Reed Bed, and A Fool’s Errand.

A member of Aosdána, Healy had also founded and edited the literary journals The Drumlin and Force 10. He is survived by his wife Helen, son Dallan, daughter Inor, and granddaughter Georgia.