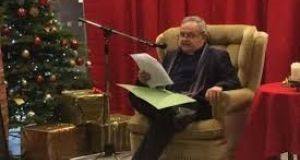 Msgr Hugh Connolly’s period as president of St Patrick’s College, Maynooth, has not been without incident

The Catholic bishop trustees of St Patrick’s College, Maynooth, have advertised for a new president. The trustees are the four Catholic Archbishops in Ireland and 13 diocesan bishops.

The new president will assume office next summer for a five-year term,“which may be renewed or extended for one further term”.

He will succeed Msgr Hugh Connolly, a priest of Dromore diocese, one of only two Catholic dioceses that are wholly within Northern Ireland. Msgr Connolly became president at Maynooth in 2007.

His period as president has not been without incident.

Following publication of the Ryan and Murphy reports in 2009 the Vatican initiated apostolic visitations (investigations) of the Irish church. In 2011, a visitation team, led by the Cardinal Archbishop of New York Timothy Dolan, inquired into Ireland’s seminaries. The Cardinal was said to be concerned about what he felt was laxity in theological formation at Maynooth.

A published summary of his report contained a recommendation that “the seminary buildings be exclusively for seminarians of the local church”. In January 2012 doors were installed at the college separating seminarians’ living quarters from the campus, with a new entrance built and a separate dining room set up for seminarians.

In May 2015, authorities at the college recommended that six out of a class of 10 seminarians take time out as they were deemed too “theologically rigid”. Three were later readmitted following interventions by bishops. At the time Msgr Connolly said of the six that the recommendation they take time out was “not a question of conservativism” but of “getting the right experience”.

Last June Fr David Marsden, a vocational growth counsellor with strong traditional leanings, resigned suddenly from staff at the college. Msgr Connolly was granted leave of absence at the same time by the trustees, for study purposes, while also carrying out duties as president.

Then in August it emerged that Archbishop of Dublin Diarmuid Martin, a trustee, had decided to send three seminarians from the archdiocese to the Irish College in Rome instead of Maynooth, because of what he described as the “poisonous atmosphere” at the latter.

“There seems to an atmosphere of strange goings-on there, it seems like a quarrelsome place with anonymous letters being sent around. I don’t think this is a good place for students,” he said.

The Archbishop spoke of gay sexual activity involving students at the seminary, and anonymous allegations of misconduct including that students there were using the gay dating app Grindr.

Msgr Connolly responded that he did not believe there was a gay subculture at the seminary. “As soon as something like that comes to our attention we will challenge the individual who is living in a non-celibate way,” he said.

The new president at the college should be a “Roman Catholic priest who is in good standing and over 35 years of age”, the advertisement says.

It is also “desirable” he have a “doctorate and licentiate in Catholic theology or biblical studies or canon law or philosophy or ecclesiastical history; a qualification or experience in ministerial formation or other relevant experience; and, experience in human/estate/resource management.” Closing date for receipt of applications is January 25th.