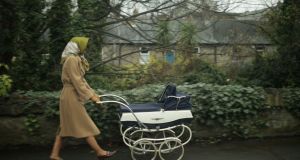 The Sisters of Charity organisation has said it is “deeply saddened” by disclosures in the RTÉ Investigates programme on illegal adoptions, broadcast on Wednesday night.

The programme included interviews with 10 people who had been illegally adopted and who had believed until recently that their adoptive parents were their biological parents.

Some of them had been illegally adopted through the St Patrick’s Guild agency run by the Sisters of Charity. In 2016, the organisation handed over its files to the child and family agency Tusla and highlighted details of 120 illegal adoptions in the files. Tusla then contacted the relevant people so idenified. *

It is understood that those remaining sisters who had worked at St Patrick’s Guild are now very elderly and in care.

In response to a query on Thursday, the Sisters of Charity said “the content of the Prime Time programme has deeply saddened us and we are really upset that a mother was pursued for money in the manner shown in the programme. We recognise the hurt and emotional distress that those men and women are experiencing and we will fully support an inquiry.”

Their reference to a mother pursued for money concerned Dublin woman Susan Kiernan’s birth mother, who was charged £85 – equivalent to €3,200 today – by the nuns for maintenance, though she had already been adopted at four days old.When she could not pay, the Sisters of Charity continued to pursue her. A year after Susan’s birth, her biological mother was still struggling to pay the nuns.

The sisters began phoning Arnotts in Dublin where she worked and in correspondence a nun wrote: “If you do not send, my collector will call to see you. She would prefer not to have to do this as it might be embarrassing for you and we want to safeguard your reputation. We have not failed you; you have failed us.”

In their statement to The Irish Times, the Sisters of Charity called for “a full and comprehensive Government inquiry into adoption practices in the State since 1922.” This was “needed to help to find answers to the many questions posed”, they said.

“St Patrick’s Guild clearly played a role in what happened over many decades. We deeply regret the hurt and harm caused and hope that a full review will give the answers that are clearly needed,” they said.

The sisters also believed “that people should have the right to access the personal information they need and welcome the proposed new legal initiatives such as the adoption information and tracing legislation that has been suggested”.

It was the case too, they said, that “many of our sisters who worked in St Patrick’s Guild dedicated their lives to supporting women who came to seek adoption services in secret. It was a different and difficult time in Irish history, where women who were pregnant out of wedlock were often isolated and abandoned, and they and their children excluded from society. The alternatives for these women were very limited.”