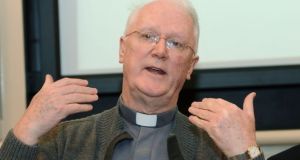 Representatives of the Association of Catholic Priests (ACP) have called for a national synod to address “the critical situation facing the Catholic Church in Ireland”.

At a meeting with representatives of Ireland’s Catholic Bishops, the priests listed various problem they face, including decline in practice and decline in vocations and urged the church to put forward a plan “to deal with the crisis”.

The meeting was the first for two years between the bishops and the ACP, which has previously proposed the church move to ordaining married men, and to allow women be ordained to the permanent diaconate, as a means of dealing with the fall in vocations.

At the meeting on Thursday, there was a call for precise data on the current situation to be collated, for the training of men and women for ministry, and for a new emphasis on bishops, priests, and laity working together.

The ACP also said it was “becoming more and more aware of a growing problem around the well-being of priests” who were being subject to “huge mental and physical pressure”.

This was due to “age, resulting in a decline of energy and enthusiasm; isolation; ever-increasing work-load; ever-increasing demands of ministry; low morale; despair as vocations decline so massively; little free time; ill-health; and a lack of confidence in dealing with difficult emerging social issues in parish work”.

Younger priests “were distressed by the reality they faced: increasing work-loads; few vocations; wondering whether or why they would stay with priesthood; the difficulty of saying Mass when so few of their peers attend; and the difficulty some experienced of even attending meetings with older priests with whom they had little in common”.

There was also “stress engendered by a fear of false allegations of sexual abuse. It was clear that many cases were badly handled, that many priests had lost faith in the goodwill of their bishops.”

The ACP delegation pointed out that “many priests believe that their bishops would not be supportive of them if an allegation was brought against them”.

The association sid “effective protocols were one thing but how they were implemented was another and that sometimes, even in neighbouring dioceses, there was a huge variety of practice”.

In response, the bishops said that “new protocols were expected which should improve the overall situation” and that many of the problems raised by the ACP delegation were associated with the early years of the church’s response to abuse disclosures when bishops had very little advice available, a report by the ACP on the meeting said.

Where priests silenced by the Vatican were concerned the ACP delegation asked the bishops to take up their case and help “develop a more just and respectful process for dealing with such cases as they arose”.

The men involved “had given life-times of service to the Church, were deeply respected and their continued treatment was regarded as a source of great scandal by many Catholics in Ireland”.

Representing the Catholic Bishops at the meeting were Archbishop of CashelKieran O’Reilly, Bishop of Kerry Ray Browne, Bishop of Raphoe Philip Boyce, and Bishop of Kildare and Leighlin Denis Nulty.