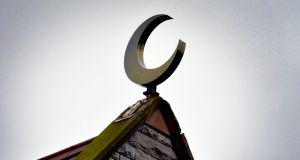 A leading Muslim cleric in Ireland has raised concerns with gardaí about the visit to Dublin this weekend of two radical Islamic preachers to address a meeting in a mosque.

Kuwaiti clerics Dr Othman Al Khamees and Dr Khaled Al Otaibi will address the Dublin Islamic Conference 2016, which is being held at the Islamic Foundation of Ireland mosque on Dublin’s South Circular Road.

“They are both prominent Salafi jihad preachers,” said Ali Al Saleh, the imam at the Ahlul Bayt Islamic Centre in Milltown, Co Dublin, which is the main mosque for Ireland’s Shia Muslims.

Two weeks ago, Dr Al Saleh raised concerns about the impending visit of the two Sunni* clerics with the Garda Síochána, saying he was concerned they could influence young Muslims living in Ireland.

The two preachers are scheduled to take part in Friday prayers today at the South Circular Road mosque, the country’s oldest.

He will give a talk titled “Strangers are Blessed” tomorrow, after which Dr Al Otaibi will speak on “The Invisible World” before a question and answer session.

Addresses will be in Arabic but an English translation will be available.

In March 2015, Dr Al Khamees was one of three radical preachers whose planned trip to the Netherlands was cancelled by organisers after calls in the Dutch Parliament for the visit to be banned.

Dutch MP Malik Azmani, who is of Morrocan descent and a member of the People’s Party of Freedom and Democracy, said the preachers were “people who preach intolerance” who should not be offered a stage.

It is believed their visit to Ireland has been organised by the National Union of Kuwaiti Students in Ireland.

There are an estimated 600 Kuwaiti students living in this country.

Last night, the Department of Justice said it did not comment on individual travel arrangements or visa applications, but warned that it is “essential” that the Muslim community is not stigmatised because of the actions of a minority.

“It is very clear that the appalling actions of a small number of extremists internationally, do not reflect the views of the vast majority of the Muslim community in this country,” a spokesman said.

Legislation last year creates three new offences: the public provocation to commit a terrorist offence, recruitment for terrorism and training for terrorism which carry potential sentences of up to 10 years in jail.