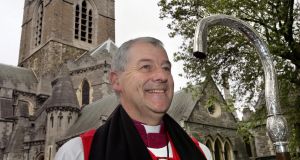 France has been criticised by Church of Ireland Archbishop of Dublin Michael Jackson for lacking an understanding of religion.

“Perhaps it is because of a long-refined and substantially unchallenged understanding of laïcité since 1906 that France today seems to have almost no comprehension of religiosité,” he said.

“This has come to the fore with almost every public articulation around Paris, Nice, Rouen [attacks]. The vocabulary and the grammar simply are not there.

“There seems to be no official capacity or appetite to ‘get’ the narrative of any faith or religion as having an integrity or foothold.

“And yet nobody is asking officialdom to agree with it or to practise it, just to understand it and protect it,” he said.

He said that “the same instinctive reaction was manifest in ‘the burkini ban’.

“It seemed acceptable to the French authorities locally in Villeneuve–Loubet near Nice and elsewhere, yet internationally it caused much outrage; it exposed political divisions over Islam and secularism in France, it highlighted a sense of entitlement to dismantle a deeply-held and required cultural decorum around that great unresolved ancient and modern conundrum: the body.

“A French court had to rule that such cultural and ethnic bulldozing was an infringement of fundamental rights.”

Speaking at a service during the annual conference of the British–Irish Association at Pembroke College, Oxford, the archbishop insisted that “in a multi–cultural world, people will not stop witnessing to their faith, however irritating and embarrassing they might be, or living their emotional culture of primary identity”.

He said the murder of Fr Jacques Hamel while he celebrated Mass at St–Étienne–du–Rouvray near Rouen on July 26th had “brought us face to face once again with red martyrdom in humanist Europe.

“It was not, of course, new to Christians worldwide, but we had been able to shield ourselves from it and keep it, by and large, in the televisual side of our brain.

“It was back, and the death of one priest like this meant it was out of control in a very specific way. It is not that Christianity deserves immunity. It is that it happened.”

He said that martyrdom was “a word too readily invoked. Yet it is part of the rhetoric and the reality of Rouen 2016.

“The word, after all, means witness to the point of ultimate extremity of involuntary or imposed death for a religious cause.”