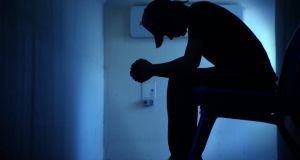 While there was not a single cause of the increase in recorded suicide, rural isolation, the withdrawal of services, alcohol abuse, emigration and the fodder crisis are all believed to have played a role. Photograph: Getty Images

Provisional figures indicate a 20 per cent rise in the number of suicides last year compared to 2011, a HSE suicide prevention officer has said.

Despite this increase of more than 100, Ms Rigney said the “true figure” was probably 20 per cent higher again as many deaths were still not recorded as suicide. “It’s two a day in Ireland,” she added.

While there was not a single cause, she believed rural isolation, the withdrawal of services, alcohol abuse, emigration and the fodder crisis all played a role. Lately, she added, there had been an increase in older people taking their own lives.

Console’s Galway manager Maria Whyte said Ireland still needed to tackle the stigma. Some bereaved families accessed Console’s services knowing their family member took their own life, although it was not recorded as suicide.

John Evoy of the Men’s Sheds Association said a recent study found 84 per cent of those attending Men’s Sheds meetings experienced an increase in “wellbeing”.