Precarious work: the sectors at risk 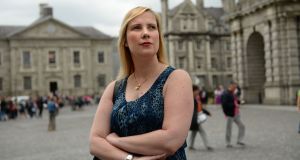 A global shift has taken place since the financial crisis to more insecure jobs, according to the International Labour Organisation. Labour experts say the extent to which this is happening in Ireland is difficult to measure accurately.

While “permanent employment” is growing, the numbers tell only us so much and don’t delve into detail about the nature, security and quality of work and contracts.

But across different sectors, evidence points to a greater emphasis on short-term or low-hours contracts, bogus self-employment and free-riding on internships.

Third Level Workplace Watch, a group campaigning for greater job security, says it is increasingly concerned at the casualisation of work in universities, institutes of technology and other higher-education settings.

It estimates up to 40 per cent of teaching hours are delivered by part-timers, while most researchers are on temporary contracts.

Official figures show that since the downturn staff numbers at third-level institutions have dropped by about 17 per cent, while State funding has shrunk by almost 30 per cent.

In addition, a survey of 1,200 academics, commissioned by the Teachers’ Union of Ireland and the Irish Federation of University Teachers, found almost three in four academics believe that their working conditions have deteriorated in recent years.

The Government counters that significant additional funding secured in the most recent budget will create hundreds of new teaching roles, although the bulk of this is focused in primary and secondary level.

While pay and conditions are generally good in the tech industry, there are concerns about precarious forms of work. Some of the largest firms stand accused of encouraging recruits to work as contractors, a practice known as bogus self-employment.

While there are often advantages – in the form of tax write-offs and lower PRSI contributions – some workers say they are left with little choice and worry about their job security. Project work in the sector is by its nature temporary, and short-term contracts are used widely and legitimately.

But dotComrades, a group of tech workers established recently to highlight workplace issues, says there are real concerns about unpaid overtime, “on-call” time and a general lack of awareness about labour rights.

Employees in more established firms have few complaints and say permanent posts offer a decent pay and a career pathway. But this can come at a price.

“I’m well paid and can afford to take time off work,” says a senior systems engineer working for a Silicon Valley company in Dublin. “The culture and ideology is that you have to believe and you have to go the extra mile. But if you draw the line and say ‘I’m paid to work 40, not 50 hours’ then you’re signing your own death warrant.”

A long tradition of both freelance and permanent staff exists across the media, but many say the balance has tilted dramatically in favour of short-term contracts or casual work.

“The media is now a growth area for precarious work,” says Séamus Dooley, secretary of the Irish National Union of Journalists. “We’re finding what used to be called ‘atypical workers’ are now becoming typical.”

Most media organisations, adapting to digital business models and reductions in circulation or advertising, are seeking to cut costs and remain flexible in a rapidly changing environment. While many are responsible employers, there is evidence of some trying to bend labour laws.

Free-riding on internships is a common complaint; another is the phenomenon of “false freelancers”, or staff who are employees in all but name.

“In the case of ‘new media’ organisations in particular, there seems to be an assumption that anything goes, and employment rights are old hat,” says Dooley.

While some companies say they can’t afford permanent posts in an uncertain environment, unions say this is a short-sighted practice.

There are also ongoing issues with freelancers, who haven’t been able to collectively negotiate pay for a number of years following a Competition Authority ruling. The Government has pledged to tackle this, but there is no sign yet of promised legislation.

Thousands of home-help workers on zero-hours or low-hours contracts are employed in State-funded organisations, unions say. In all, about 3,500 home-help workers are working for community and voluntary groups on low wages.

“There workers are being exploited by zero-hours contracts paid for by the taxpayer,” says Paul Bell, Siptu’s health division organiser.

“Some aren’t on hourly rates; they don’t get proper travelling expenses. They might get two hours a week, or a month. But they can’t plan for anything,”

He says basic employment standards should form part of any tender for publicly funded services.

Across the wider health service, a combination of the recruitment embargo, spending cuts and shortages in qualified staff over recent years has left gaping holes in some areas.

In 2012, the HSE spent nearly €259 million on agency nurses and doctors to fill vacancies. Last year, this rose to a record €336 million.

Tourism numbers may be up, but compliance with labour law remains low. Investigations by the National Employment Rights Authority indicate almost 60 per cent of restaurants and half of hotels were in breach of requirements such as paying the minimum wage or keeping employment records.

While casual or short-term work has always been a feature of the industry, there is no industry-wide agreement on fair wage rates or working conditions.

Official figures show employment is rising, although an increasing proportion of these are part-time or minimum wage jobs.

Unions claim employers have refused to engage in talks on a new Joint Labour Committee system, which would set rates for the sector.

Groups such as the Irish Hotels Federation say such measures would increase costs and jeopardise job creation.

It also says that Ireland’s minimum wage is one of the highest in Europe and is putting the sector at a competitive disadvantage with other jurisdictions.

“These ‘if and when’ contracts are causing a lot of problems,” says King. “Workers feel they have to be available and can’t turn down work when it comes along. But they don’t have the freedom to plan their lives.”

Rising insecurity in some areas of retail is driven by sophisticated technology that allows retailers and restaurant chains to adjust work rotas at short notice to respond to their own needs.

This just-in-time scheduling is just part of the precarious landscape. Dunnes Stores and Clerys both grabbed headlines recently for different types of precarious work.

Staff at Dunnes have protested against low hours contracts and job insecurity. At Clerys, 400 staff lost their jobs in the sudden liquidation of the store in a move criticised by Government ministers as “vulture capitalism”.

It’s not all negative. The Mandate trade union has negotiated collective agreements that guarantee minimum “banded hours” that reflect employees’ actual working hours and allow for an increase in these hours

Banded-hour arrangements have been negotiated in outlets such as Tesco, Penneys and SuperValu.

Collective agreements are the ideal way to negotiate fair conditions of work but not all employers recognise their employees’ right to collectively bargain through a trade union.

And as the Dunnes Stores dispute demonstrates, employees have no effective legal protection when they organise in a trade union to seek to negotiate just and favourable conditions of work.

The construction industry, in theory, at least, is governed by industry-wide craft rates that are significantly above the minimum wage.

The rate for a labourer, or general operative, for example, is €15.66 an hour. But disgruntled workers say a race to the bottom among some contractors means agency workers are frequently being brought in for well below agreed industry rates.

In addition, unions like Unite say labourers or bricklayers are often required to classify themselves as self-employed, leaving them more vulnerable and without pension contributions.

“A universal agreement governing the sector would benefit both workers and employers, ensuring that no employer is at a competitive disadvantage given the uniquely mobile nature of work in the construction industry,” says Tom Fitzgerald of Unite.

The Construction Industry Federation, the main representative body, says it supports moves that will bring greater certainty to labour costs.

Case study: ‘I can’t plan for the future. I can’t think about buying a house or starting a family’

Sinéad Pembroke (31) used to think precarious work was a brief rite of passage for academics in the early stages of their careers.

Now, she says, she realises it is her career.

After more than a decade at third level, she has measured out her time working in academia in the form of tutoring hours, short-term work and fixed-term contracts.

“It means I can’t plan for my future,” she says. “I can’t think about buying a house or starting a family. I don’t have the security or the finance. It’s the source of a lot of anxiety. Many others in the same boat are constantly thinking about applying for the next job.”

Staff numbers in college departments have fallen significantly since the downturn, with a much greater reliance on internships, staff paid hourly or short-term contracts.

Hourly wages, she says, don’t include the preparation and research work involved. It’s like working 12 hours and only being paid for two. Many also end up on the dole because they don’t have enough hours to make ends meet.

For those “lucky” enough to get a contract, these can range from a few months to a few years.

Sinéad is on a three-year part-time contract at Trinity College Dublin. She would like to work full-time. Permanent positions, she says, are few and far between.

“Young people are told that a PhD is the route to academia,” she says. “But they’re not told that they won’t get a job or their only option is emigration . . . the idea that if you can keep your head down a job will come in time is a myth.”

Right now she’s sharing a house with three others. She’d like to have her own place, but with the way rents are going, it’s the only way to keep things affordable.

Sinéad also says she believes the casualisation of university work is counterproductive.

“Ireland’s universities occupy a disappointing position in world rankings; if Ireland wants to become an international hub for teaching and research excellence it needs to invest in both through secure, long-term posts and solid career paths,” she says.

“I’m doing research into epilepsy. It’s high quality research which could benefit a lot of people. But if this keeps up, we’ll be repeating history with yet another brain drain.”