Overcrowding and lack of facilities in asylum centres reported 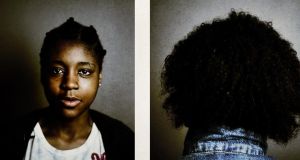 The Reception and Integration Agency signs contracts with individual centres to provide people seeking refugee status with food and accommodation “to a standard which is reasonable having regard to the daily needs of asylum seekers”. Photograph: Bryan O’Brien/The Irish Times

The Reception and Integration Agency, part of the Department of Justice, is responsible for the accommodation of asylum seekers while their applications are processed.

It signs contracts with individual centres to provide to people seeking refugee status with food and accommodation “to a standard which is reasonable having regard to the daily needs of asylum seekers”.

The agency says every effort is made to inspect the 34 direct provision centres three times a year by an in-house inspectorate or by an independent firm, QTS. The inspection reports are mostly tick-box reviews of health and safety issues. Notwithstanding this, they provide a snapshot of conditions that range from overcrowding to facilities that fall short of what children need.

There are no outdoor facilities for children in the Towers in Dublin, where almost 90 children were in residence in January this year. No toys or games were provided for the children in Atlantic House in Waterford. The facilities were also limited at Athlone, which has 275 residents, including about 150 children. The outdoor area has just a slide and a climbing frame. The carpet in the mother-and-baby room at Clonakilty Lodge was found to be so dirty by inspectors that it was replaced.

Overcrowding is also a problem, with families of up to six sharing a single room or living space in some centres. In Athlone six families with more than four members were living in four-berth mobile homes, although the report says that three of these families were due to move.

There were widespread maintenance issues, especially with damp and repainting. water was leaking into a bedroom in Knocklalisheen, in Co Clare. Evidence of cockroaches was found in a room in Millstreet, Co Cork, in December last year.

In some centres, different families were required to share the same living space. A report from Eglinton House, in Salthill in Galway, in November last year found that two rooms contained two lone parents and their children.

There is no independent complaints mechanism for the people who live in direct-provision centres.

In 2013, as minister for justice, Alan Shatter said these reports should be made public. They are now on the agency’s website; you’ll find a link at irishtimes.com/livesinlimbo.

As this article went to press there was no online information for the Hatch Hall, Georgian Court and Watergate House centres, all of which are in Dublin, or for Viking House and Birchwood, in Waterford.