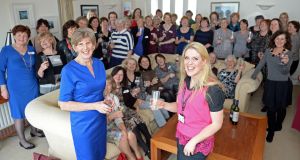 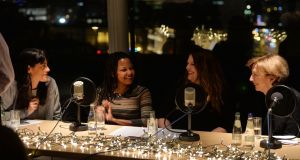 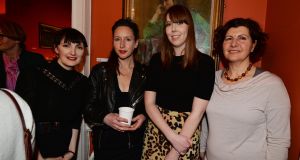 Organisations around the country will celebrate Nollaig na mBan on Friday as part of HerStory, a four-day festival which aims to “bring women’s stories from the shadows into the light”.

January 6th, Nollaig na mBan, is the day when men traditionally took over care duties, and women celebrated their Christmas.

From Cork to Omagh, county and city councils have commissioned light installations, exhibitions, concerts and talks aiming to share “lost tales of national heroines, women from our own towns, cities and families, and women admired across the world”.

Ms Lynch is asking people to get involved by hosting their own Illuminate Herstory event to celebrate the women they love. “In the dark month of January we chose the theme of light,” she said.

“We want to start the year with optimism and hope, as we strive for equality for all. The Irish are known as the best storytellers in the world, but until now we have only told half the story. Illuminate Herstory is an event for the people, and it’s really easy to get involved and pay tribute to the women you love.”

For Nollaig na mBan, the National Women’s Council of Ireland (NWCI) has issued a call for engagement with the new National Women’s Strategy 2016-2020. It is is asking women to engage with the Department of Justice and Equality consultations around the country, and to make submissions.

“Issues such as abortion, violence against women and the gender pay gap dominated the news in 2016. It is clear that we are a long way off achieving our vision for women’s equality,” said NWCI director Orla O’Connor.

“The new National Women’s Strategy 2016-2020 represents a real opportunity to reflect on the diversity of women’s experiences. It is an important moment for women to have their voices heard, and to an ambitious strategy which sees us achieve a feminist future by 2020.

Ms O’Connor said that one in five women will experience domestic violence in their lifetime and 4,000 women travel every year to access abortion services that are not available in the State.

“Austerity budgets created such a divide between women and men’s earnings that the gender pay gap is 14.4 per cent and the gender pensions gap is 37 per cent,” she said.

“The new National Women’s Strategy will be a big opportunity this year to really grapple with the underlying causes and consequences of women’s inequality. The plan must be concrete and measurable, so that in 2020, we can look back from a very different Ireland.”