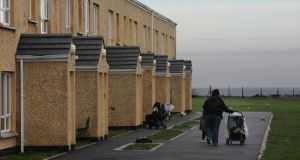 The numbers so far this year – an average of 230 a month – are up significantly on the same period last year but remain relatively low in European terms.

The new figures come as the Government prepares to publish the report of a working group today which has been examining ways of improving the asylum system.

The report is expected to propose that new asylum seekers should have the right to work after nine months of seeking refugee status.

At present, Ireland is one of just two EU member states with a blanket working ban on all asylum seekers.

Another key proposal may lead to residency for more than 3,000 asylum seekers who have spent five years waiting for their claims to be dealt with by Irish authorities.

Many of the proposals hinge on the introduction of a new streamlined asylum process, aimed at processing claims within a six- to nine-month period.

The publication of the report comes at a time when there is an increased focus on the issue of immigration.

EU leaders agreed last week to take 40,000 migrants who are expected to land in Italy and Greece over the next two years .

The agreement, however, is on a voluntary basis and a number of EU member states have already signalled they will not participate.

While the Government has not yet made a formal decision on whether it will participate, Tánaiste Joan Burton said earlier this week that Ireland should be ready to take its “fair share” of migrants.

“We will get the finer details of the procedures and examine them in detail,” she told The Irish Times.

“Broadly, we’re agreeable to taking part in the arrangements and to take numbers that are appropriate to our size, population and resources.”

Office of the Refugee Applications Commissioner

Officials expect in the region of 3,000 applications by the end of this year, up from 1,448 last year.

In European Union terms, Ireland has had a lower than average number of applications on a per capita basis.

The recommendations of the working group report, meanwhile, could have a far-reaching impact on the lives of more than 4,000 people in the direct provision system and a further 4,000 asylum seekers living in the wider community.