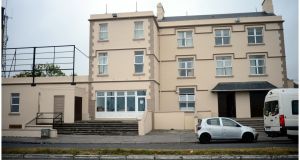 New procedures to speed up applications for asylum, which have just come into effect in Ireland, should significantly cut the length of time asylum-seekers spend in direct provision centres.

The move means Ireland will join other European Union member states in having a streamlined process for assessing asylum applications.

Until now asylum-seekers had to navigate a multilayered process that often led to long stays in direct provision awaiting decisions.

Under the new “single procedure” system, asylum-seekers will make one application, which they may appeal once.

Previously, asylum-seekers made an application for refugee status to the Office of the Refugee Applications Commissioner (Orac).

They could then appeal a refusal to the Refugee Appeals Tribunal (RAT).

If refused there, they were then assessed for eligibility for subsidiary protection status by Orac with the possibility of an appeal to the RAT.

If refused by Orac and the RAT, an applicant could then make representations to the Minister for Justice to be allowed to stay in the State on other grounds.

The International Protection Act 2015 introduced a “single procedure” which allows applications for refugee status and subsidiary protection to be considered in one go.

If refused, applicants can appeal to the newly established International Protection Appeal Tribunal (Ipat), which replaces the RAT.

That new procedure came into effect on December 31st, 2016 with the commencement of the International Protection Act.

This will be assessed under the new system in a parallel process and where Ipat refuses an applicant’s claim for protection.

If the applicant is subsequently unsuccessful in an appeal to Ipat, a further review of their “permission to remain” decision will be available.

New procedures have also been introduced to facilitate voluntary return in cases where an application is refused.

The new procedures have been welcomed by the United Nations High Commission for Refugees (UNHCR).

“Quick recognition of those in need of protection will ensure shorter durations in State reception centres,” Enda O’Neill of UNHCR Ireland said.

However, Mr O’Neill expressed disappointment that there had been “no significant reduction in the number of cases awaiting processing in 2016”.

According to figures from the Department of Justice, there were 4,740 asylum-seekers waiting for a decision at the end of 2015 compared with 3,701 at the end of 2014, with no significant decrease on those numbers expected in 2016.

He urged the Government “to ensure there are sufficient resources allocated to bring overall processing times down over the next 12 months”.

In general, however, Mr O’Neill was confident “that the positive trends seen in recent years in terms of providing training to staff and the focus on quality decision-making will be carried over to the new procedure”.