Minister says lessons to be learned from Ennis homeless death 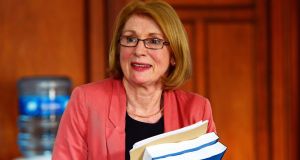 Minister of State Jan O’Sullivan said the Government is committed to ending long-term homelessness by 2016. Photograph: THE IRISH TIMES

Homeless people who require support services need to be made aware of their availability, a Government minister has said.

Minister of State for Housing and Planning Jan O’Sullivan described the death of Josef Pavelenka-a Czech national whose plight received national attention when it emerged he was living in a public toilet in Ennis, Co Clare - at the weekend as “extremely tragic” and said “I think we need to learn from this”.

She was speaking at the launch of Focus Ireland’s 2012 annual report today. The homeless charity recorded an increase of more than 7 per cent in the number of people using its prevention and support services last year. It said it worked with over 8,000 people who were homeless or at risk of losing their homes during the period.

It called on the Government to commit more funding to social housing and support services. It pointed out that capital spending on social housing has been cut by 72 per cent from €1.38 billion to €290 million between 2008 and 2012.

Focus Ireland also said cuts by the HSE in Dublin in recent years have put homeless services under strain. “Further reductions will force us to turn away people from our doors,” chairman Gerry Danaher said.

In February the Government launched a new strategy which aims to end long-term homelessness in Ireland by 2016. Mr Danaher said moving homeless people away from emergency hostel-based support and into permanent housing would be the “first test” of the new programme.

He said “six years of austerity” is partly responsible for the “rising number of people who are at risk of losing their home”, and added that “early intervention can be much more effective for those who are at risk than waiting until homelessness has occurred.”

There are up to 5,000 homeless people in Ireland while nearly 100,000 households are on housing waiting lists nationwide, the charity said. It also pointed out that CSO forecasts predicting the population will reach 5.3 million by 2026 emphasise the greater need for housing.

According to Ms O’Sullivan the Government remains committed to ending long-term homelessness by 2016. “I am confident that the adoption of a housing-led approach across homelessness services will make a meaningful difference and I have set an ambitious target accordingly,” she said.

In 2012 focus Ireland received some €4.75 million in exchequer and local authority funding, while the organisation’s total grant income was over €11 million. In 2013 the Department of the Environment, Community and Local Government will spend €45 million on homeless accomodation and services.

Ms O’Sullivan said the maintenance of funding will depend on tangible results. “Soon enough the 2014 budgetary process will commence and I will again have to do battle for every cent in my housing budget.

“In the current budgetary context continued significant investment by Government in homelessness is dependent on demonstrating tangible progress in moving people out of homelessness.”