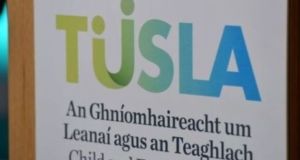 Tusla, the Child and Family Agency, welcomed a Hiqa report on its services in the mid-west.

Major failings in standards for protecting children in foster care, including allegations of delays in reporting alleged abuse to gardaí, were discovered during an inspection of services in the mid-west.

A report by the Health Information and Quality Authority (Hiqa) on the inspections carried out last March found major non-compliance with national standards in three out of eight areas examined.

In the 12 months befor the inspection there were 427 foster care households in the mid-west area – 287 general foster carers and 140 relative foster carers.

The area was under the direction of the service director for Tusla, the Child and Family Agency, in the west region and was managed by an area manager.

Hiqa found that not all allegations of abuse, neglect or suspected abuse in relation to children in foster care were dealt with in line with the Children First national guidelines.

In two allegations of physical abuse reviewed, inspectors found these had not been notified to gardaí at the appropriate time.

Although allegations were investigated, there were gaps in how the social work team managed them as not all allegations were comprehensively assessed, and some were not assessed in a timely manner, Hiqa said.

It also found gaps in Garda vetting and in regular reviews of foster care placements.

There were 35 child protection concerns or allegations made against foster carers in the 12 months prior to the inspection. Inspectors reviewed 22 of these and found they were correctly classified; however, they were not always managed in line with Children First guidelines.

There were gaps in the records of investigations of allegations of abuse. In four files reviewed, it was not recorded that children were spoken to at the time of the allegation.

Hiqa also said that although there was system in place to ensure that all foster care household members had been Garda vetted, it was not in operation, posing a risk to children placed in foster care.

Tusla said it welcomed the report and that Hiqa reports allowed it to ensure services were continuously improved to meet the highest standards.

It said the report highlighted both good practice and areas for improvement in the mid-west area, which is the third largest Tusla area nationally.

Chief operations officer Jim Gibson said the report highlighted “excellent practice” in areas such as training and the quality of assessments of foster carers.

“There were also a number of areas that require improvement such as supervision and the timeliness of reviews. These areas are being actively addressed through a comprehensive action plan which has been submitted to Hiqa.”

He noted general foster care assessments were of good quality and were in line with the national assessment framework for foster carers.

Tusla said an audit of allegations against foster carers will be completed by the fourth quarter of this year.

A visit will take place by a duty social worker every three months for foster carers without an allocated link social worker. In addition, a system was in place to track renewals of Garda vetting, and monthly audits would be taken to ensure compliance.

“As part of the transformation programme, the agency has developed a new child protection and welfare strategy which will assist the agency in providing a proportionate, timely and appropriate response to children and families, sharing responsibility and control with families and communities through co-created solutions and an inter-agency approach,” Mr Gibson said.