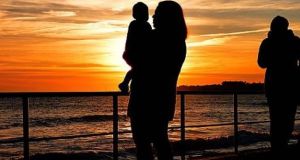 The UN Committee against Torture was concerned the State’s commission of investigation into mother and baby homes “did not allow it to investigate all institutions in the country at which abuses including forced and illegal adoptions may have occurred”. File photograph: Getty Images

The UN Committee against Torture has called on the Government to carry out an independent investigation into allegations of ill-treatment at all mother and baby homes, not just some of them.

The committee said the inquiry should include claims of forced adoption and prosecution of perpetrators.

It criticised the Government’s failure to fully investigate allegations of ill-treatment in Magdalene laundries as the committee recommended six years ago.

The UN committee calls for a fundamental review of the prison system’s health care system, highlights the urgent need for increased staffing in prisons and warns the State that it must end solitary confinement in prisons as a punishment.

It warned that the Inspector of Prisons must be properly resourced, and tells the State it is not good enough that the right to a lawyer for anyone undergoing police interrogation is merely in the police code of practice. The committee says the State must commence the legislation that has been passed but not implemented to grant this right to prisoners.

It expresses concern that the lack of independence and effectiveness of the Garda Síochána Ombudsman Commission (GSoc) means any allegation of ill-treatment or torture by gardaí is referred back to gardaí, “which amounts to the police investigating itself”.

The 11-page report is the committee’s concluding observations on its review of Ireland’s human rights record following public sessions in July in Geneva, and the progress made since the State was last reviewed by the UN in 2011.

The report is the formal official verdict of the Committee against Torture on the State’s record in dealing with issues including domestic violence, abortion, prison conditions, policing, mother and baby homes, child abuse, treatment of the elderly in nursing homes, human trafficking and the Magdalene laundries.

Progress was made since 2011 and the UN praised the Government for its efforts to eliminate “slopping out” in prisons and improvements in its prison infrastructure, particularly in Limerick and Portlaoise prisons.

It welcomed the establishment of the Irish Human Rights and Quality Commission and the adoption of the Residential Institutions Statutory Fund Act to support survivors of residential institutional abuse.

There was praise too for the establishment of the Citizens’ Assembly and the implementation of the Protected Disclosures Act.

It was concerned the State’s commission of investigation into mother and baby homes “did not allow it to investigate all institutions in the country at which abuses including forced and illegal adoptions may have occurred”.

The committee said the State should ensure it carries out an “independent, thorough and effective investigation” into all mother and baby homes and “analogous institutions” and that “perpetrators of any such acts are prosecuted and punished”.

The committee “deeply regrets” that the State did not act on its recommendation for a similarly thorough and effective investigation into Magdalene laundries, a recommendation it renewed.

In relation to domestic and sexual violence, it calls on the Government to ensure the Domestic Violence Bill currently before the Oireachtas includes a specific criminal offence that encompasses physical and psychological abuse.

The committee also tells the State that women seeking protection from domestic violence should be exempt from the minimum legal requirement for legal aid if they cannot afford it.

The report also stresses that gardaí must ensure all allegations of violence against women are recorded and “promptly, impartially and effectively investigated and the perpetrators prosecuted and punished”.

Acting executive director of the Irish Penal Reform Trust Fíona Ní Chinnéide said the progress that had been made since 2011 showed the value of Ireland going before the UN committee. The improvements since then “have to be acknowledged”, she said.

She highlighted the committee’s recommendation that the Inspector of Prisons should be properly resourced to carry out inspections and report on them. She said the inspectorate’s reports should be published directly and should not have to go through the Minister for Justice, and wait until the Minister decides when to publish it.

Ms Ní Chinnéide pointed out that the Tánaiste in February promised a review of the prison health system, but there had been nothing since then.

Chief executive of the Dublin Rape Crisis Centre Noeline Blackwell called on the Government “to publicly confirm that it will comply quickly with the recommendations of the UN Committee”.

Ms Blackwell said the proposals were from an expert, objective committee and its recommendations “are sensible, balanced and modest. They can be implemented if there is political will to do so.”