Pressure on shelter: Council says it is successfully working to cut its euthanasia rate 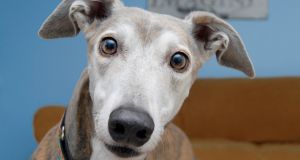 Most pounds have now stopped accepting greyhounds, many of which are surrendered at about the age of six, when they have reached the end of their racing career

Limerick City and County Council has said it was working to reduce the number of dogs it puts down following figures that show it euthanised more than three times the national average in 2016.

Limerick Dog Shelter, which is operated by the council, put down 37.5 per cent of the dogs it received in 2016, compared to a national rate of 12.1 per cent. The rate in Dublin was 3.8 per cent.

The local authorities with the next highest euthanasia rates were Kerry with 25.5 per cent and Tipperary with 24.4 per cent.

The figures from the Department of Rural and Community Development show Limerick took in 645 dogs during the year of which 243 were put down and 151 were rehomed or reclaimed by their owners. A further 251 were transferred to animal welfare groups.

During 2016, Irish pounds took in 12,549 dogs of which 1,522 were put down and 63 died by natural causes. The remainder were rehomed, reclaimed by their owners or transferred to animal welfare organisations.

By law, dogs taken in by local authority shelters must be kept for at least five days before being put down, although they are usually held for longer while attempts are made to find them a new home. Some breeds, such as greyhounds and lurchers, are particularly difficult to rehome and have a much higher euthanasia rate.

In recent years, most pounds have stopped accepting greyhounds, many of which are surrendered at about six years of age, at the end of their racing career.

“Limerick City and County Council is acutely aware of the number of dogs euthanised in 2016 was out of sync with national statistics,” a council spokesman told The Irish Times.

“We have introduced new measures including additional resources to address this and we have seen our social media channel [Facebook] operating much more effectively. Our contacts with animal rescue groups have also been improved.”

The council said these improvements resulted in almost 85 per cent of its dogs being rehomed or reclaimed in 2017.

“Limerick City and County Council investigates all possible avenues before deciding to euthanise any dog,” the spokesman said. “Due to the age or difficult temperament of individual dogs, it is not always possible to rehome every animal. Also, some dogs may be unwell and are euthanised on welfare grounds.”

The council said it also took in a higher proportion of greyhounds than most other local authorities, adding, “Unfortunately greyhounds are difficult to rehome in Ireland.”

Marion Fitzgibbon of Limerick Animal Welfare, a charity that works with the pound, agreed the situation had been improving but said Limerick faced particular challenges because of the “huge” amount of dogs in circulation and because many people cannot afford to neuter or spay their pets.

“The cost of spaying can be anything from €150 to €180. It could cost you your entire money for a week to spay a bitch.”

She said recent rules have also stopped over-the-counter pharmacy sales of vaccinations, meaning dogs must be brought to a veterinary clinic, which is typically more expensive.

“We’ve had two outbreaks of Parvo virus recently. Actually our kennel is currently closed because of viruses. And it’s all because of the huge amount of dogs in circulation and no large-scale neutering or spaying programmes.”