Just €1.7m of €12m earmarked for Traveller housing drawn down 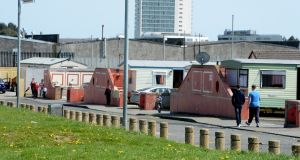 Less than a fifth of funding allocated for Traveller accommodation this year has been spent, and more than half of local authorities have spent nothing at all, new figures show.

The data, from the Department of Housing, shows that of the €12 million earmarked for Traveller housing for 2018, just €1.7 million has been drawn down by local authorities.

Although all 31 local authorities were allocated between €2,922 (Longford) and €1,321,558 (Dublin City) to build and provide Traveller accommodation this year, 17 local authorities have not spent any of their allocation.

Together these local authorities, many of which have Traveller families living in substandard conditions, have failed to spend €10.3 million on Traveller housing.

Of the remaining 12 local authorities, however, seven have spent less than 10 per cent of their 2018 allocation. Clare County Council has spent just 1.5 per cent of the €853,250 it was allocated.

Councils failing to spend their allocated funding for Traveller accommodation could face financial penalties under proposals being examined by a Government-appointed expert group, an Oireachtas committee heard during the week.

Eoin Ó Broin, Sinn Féin spokesman on housing, who obtained the figures, said: “While we will have to wait until the end of the year to have the full picture of this year’s drawdown, the fact that just 14 per cent of the allocation has been spent by the end of the third quarter is deeply worrying. Equally concerning is the large number of councils who have not yet spent anything.

“It is not acceptable for councils to refuse to provide appropriate accommodation for Travellers.”