High quality childcare service can only be delivered with public support

Opinion: We are still paying for the quick-fix system several years ago 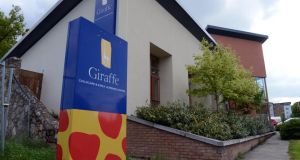 Eight years ago a State think-tank issued a damning report on childcare services in Ireland.

The National Economic and Social Forum criticised the “great vacuum in policy implementation, even on issues that have been agreed on by Government”, in a report on early childhood care and education.

It advocated a bold and ambitious blueprint: large-scale investment in early childhood education services which would provide life-long benefits by increasing the social and and learning skills of children.

The benefits, it said, would far outweigh the costs in the long-term. This was because every euro invested would involve a seven-fold return, due to reduced spending later in life in areas such as welfare, healthcare and justice.

The State, it argued, was at a crossroads: it could choose to leave behind a major social legacy by creating a publicly-funded, high quality childcare system that could rival those in Scandinavia.

Instead, the government opted for a quick fix. And we’re still paying for it today.

Spooked by a byelection defeat in Kildare — where affordable childcare blindsided the Fianna Fáil-PD coalition as a major issue — the government opted to direct billions of euro directly into parents’ hands in the form of the cash payment.

A €1,000-a-month supplement was announced for parents of under-fives to supplement childcare costs. It proved popular with parents, of course. In reality, though, it was just another cash payment with no strings attached which parents could spend as they wished.

The government also opted to pour hundreds of millions into the pockets of private childcare operators to subsidise the building of creches, rather than creating a State-run system of early years education.

The result is an expensive childcare system — among the costliest in Europe — which is mostly populated by for-profit childcare providers who, in some cases, have been able to skimp on staffing and training due to lax regulations.

The figures speak for themselves. This year we will spend about €3 billion in direct cash payments to parents to assist in rearing their children.

By contrast, about €270 million will be spent on the free pre-school year and other State-funded forms of childcare.

The argument in favour of the current system goes something like this: a mix of private and State-supported childcare providers gives parents greater choice. Setting minimum standards would also help ensure all provide a high quality service.

But we know there are serious deficiencies in the implementation of standards, as well as weak inspections and serious gaps in training.

There’s lots of talk of moving towards a Scandinavian-type childcare model. Implementing this would cost significant amounts of money — but it shouldn’t be a reason to back off the idea.

Today, Ireland spends €1.2 billion or 0.7 per cent of its gross domestic product on childcare and parental leave. A Scandinavian-type system of preschool care and after-school care would require about €3 billion.

To achieve this by 2020, spending of an extra €280 million each year would be needed, according to a study, Scandinavian Childcare: Making It Happen, jointly commissioned by Barnardos, the National Women’s Council, lone parents group Open and childcare advocates Start Strong.

Clearly, it’s money we don’t have. But there is a concept in human rights known as “progressive realisation”.

In essence, the idea is that something might not be achievable tomorrow or next year. But it does set a marker on the horizon as something that the Government should strive to achieve, as soon as resources allow.

There are potential pots of money out there could help set the ball rolling. Increasing income tax, capital gains tax and capital acquisitions tax could yield anything up to €1.5 billion, according to the Scandinavian Childcare study. Dismantling some tax relief on property and pension reliefs could yield anything up to €2 billion, it found. There is also the option of diverting some of the €2 billion in child benefit towards this agenda. None of these on their own is the answer — but they show that creative thinking and bold ambition will be needed if we’re serious about investing in this area.

The Government is currently putting together its early years strategy, which will guide the development of children’s services over the coming years. Is there the political will, or the public support to deliver the kind of high quality service?

After this week’s RTÉ Prime Time programme — and its devastating footage of childcare bordering on the abusive — the question isn’t so much can we afford a better system, but can we afford not to?