Have you ever lived in a bedsit? Tell us your story 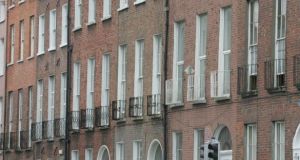 For many, the bedsit was a way of life and The Irish Times would like to hear your memories of single-room living.

For four years bedsits were banned in the State, but Minister for Housing Eoghan Murphy is soon to announce that they are returning as a means of tackling the shortage of accommodation in the rental sector.

It became illegal in 2013 for landlords to rent out bedsit-type accommodation over concerns that much of it was dilapidated, run-down and inadequate for modern habitation.

For many, the bedsit was a way of life and The Irish Times would like to hear your memories of single-room living.

What was the worst one you ever encountered?

Was there such a thing as a nice bedsit?

Contact us by email on newsdesk@irishtimes.com with your bedsit stories.