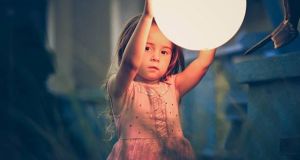 There were 6,300 children in the care of the State as of March 2017, 92 per cent of whom were placed with 4,500 approved foster carers around the country. File photograph: Getty Images

Gardaí and social workers should be placed in specialist child protection units and gaps in provision of out-of-hours emergency services should be removed, an Oireachtas report has concluded.

Other suggestions included in the Report on the Provision of Foster Care Services in Ireland are that the Health Information and Quality Authority (Hiqa) should be able to enforce recommendations made following inspections on such services, and that all foster carers should have access to social workers.

It was prompted by a Hiqa report in April which was critical of foster care services in the Dublin and mid-Leinster areas.

TDs and Senators on the committee have also called for a value-for-money review to be carried out into the use of private foster care companies by the State after it was found that public monies spent on such services increased from €17.2 million in 2014 to €19.6 million last year.

There were 6,300 children in the care of the State as of March 2017, 92 per cent of whom were placed with 4,500 approved foster carers around the country.

More than 400 children in care were without a dedicated social worker as of March, while around a fifth of foster carers did not have a link worker allocated.

The Oireachtas committee findings largely support the recommendations made by Special Rapporteur for Child Protection Dr Geoffrey Shannon in an audit report released earlier this year.

That report highlighted gaps in Garda child protection training, a lack of inter-agency co-operation between gardaí and Tusla, and the continued inappropriate use of Garda stations as an “immediate place of safety” for children removed from potentially harmful domestic circumstances.

Dr Shannon recommended that a social work service be accessible for children and families at all times, as opposed to the current situation whereby emergency out-of-hours services only operate from 6pm to 7am on weekdays and 9am to 5pm on weekends and bank holidays.

This leaves a gap from 7am to normal office opening hours at 9am, and between 5pm and 6pm on weekends.

Dr Shannon also addressed the need for the establishment of specialist child protection units within An Garda Síochána which he said should also be staffed with social workers.

The Oireachtas committee report also recommended State investment for provision of more social workers amid the ongoing shortage, and called for the commencement of the Adoption (Amendment) Act 2017 which will allow carers to adopt their foster children after 18 months.

Tusla chief executive Fred McBride welcomed the publication of what he termed an “important” report.

“Many of the recommendations are already under way and I look forward to reading the report in detail, and working with the committee and other key partners as we continue to develop this crucial service for children in care,” he said.

The IFCA has also welcomed the report.