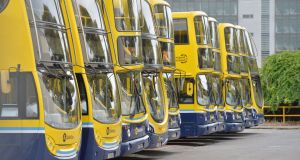 The company, one of the largest bus operators in London, will begin services in Dublin from November 2018.

The results of a tendering competition for ten per cent of Dublin Bus routes were announced by the National Transport Authority (NTA) on Thursday. The routes are all serving outer suburbs of the greater Dublin area and none go into the city centre.

Among the routes in question are:

17a Blanchardstown Centre to Kilbarrack

33a Swords to Balbriggan

33b Swords to Portrane

76 Chapelizod to Tallaght (The Square)

Earlier this year the National Transport Authority announced plans to overhaul the capital’s bus service with a reorganisation of existing routes; the implementation of a cashless payment system; simplification of the fare structure, to allow movement between different transport services without financial penalty; as well as the segregation of buses from general traffic on the busiest routes to and around the city.