Domestic Violence Bill will not be specific on abuse of partner 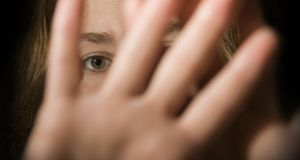 Women’s Rights groups say that labelling abuse within a relationship as a distinct crime would send a message to society the issue is being taken seriously. Photograph: iStock

Forthcoming domestic violence legislation will not make abuse of a partner or spouse a specific offence, it has been confirmed.

In 2014, a cross-party committee recommended that a specific offence of domestic abuse be created which would include both physical and psychological abuse within a relationship.

However, Minister for Justice Frances Fitzgerald has confirmed that the provision will not be included in the Domestic Violence Bill 2017 which is before the Oireachtas.

It is understood Ms Fitzgerald accepted advice from the Director of Public Prosecutions that it would be too difficult to prove the offence beyond a reasonable doubt in a criminal court due to the complexities of defining what is domestic abuse and what is ordinary assault.

However, critics have pointed to the successful introduction of domestic abuse offences in other countries such as England and Scotland.

A survey by Safe Ireland released this month stated that 90 per cent of domestic abuse victims had suffered physical abuse, 43 per cent sexual abuse, 98 per cent emotional/verbal abuse and 78 per cent had received threats on their life.

Proponents of a specific domestic abuse offence argue that it would allow for the prosecution of low-level physical and psychological abuse which takes place within a relationship over a prolonged period of time, instead of having to wait for a particularly violent incident.

Women’s Rights groups say that labelling abuse within a relationship as a distinct crime would send a message to society that the issue is being taken seriously. It would also allow non-physical abuse such as coercive and controlling behaviour to be treated as a criminal offence.

The Safe Ireland report stated that some women found that gardaí “seemed to trivialise domestic violence”.

“If you name something as a specific domestic violence offence it underlines the seriousness of it. It’s a statement that we do not tolerate this form of behaviour,” said Caroline Counihan of Safe Ireland, which oversees women’s refuges. “Over time that would change the culture of people saying ‘it’s only a domestic’. It sends a message.”

The director of the National Women’s Council of Ireland, Orla O’Connor, said “it would give out a very strong message to society in terms of taking this issue much more seriously and seeing it as a criminal issue rather than a civil issue”.

“We are concerned that domestic violence is treated more as a civil matter. This Bill will bring about good reforms but they’ll be predominantly in the civil and family courts.”

Both groups said that legislation in the UK shows a workable definition of domestic abuse can be created and enforced. In 2005 Westminster passed laws against “controlling or coercive behaviour in an intimate or family relationship” which is punishable by up to five years in prison.

The Scottish parliament is in the process of passing a domestic abuse Bill that criminalises physical and psychological abuse of partners or ex-partners. Offenders face a sentence of up to 14 years.

The Scottish legislation defines partner as “spouses or civil partners, people living together as if spouses or people in an intimate personal relationship with each other”.

The proposed Irish law defines relationships as married couples and those in “intimate and committed relationships”. However this definition only applies to obtaining barring and safety orders in the Family Court and will have no impact on criminal prosecutions for the abuse of a partner.

Ms Counihan said the UK legislation may provide a template for Irish law. “I agree that it’s a very, very complex issue but I think the approach they have taken in the UK is a very nuanced and thoughtful one and certainly is beginning to show some effect.”

“We would still hope that [Ms Fitzgerald] would make use of this opportunity to bring in such an offence, notwithstanding what has been indicated.”

Ms Counihan said that a specific offence of domestic abuse would also make it easier for gardaí to compile statistics on the matter. The force has faced criticism recently for suspected under-reporting of domestic violence incidents.

Official Garda figures published last February show there were five times more incidents in Northern Ireland last year, a region with less than half the population of the Republic.