Could direct provision be the subject of a future government apology? 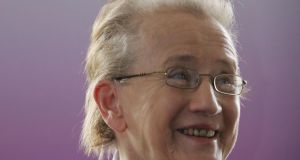 Last year Taoiseach Enda Kenny apologised on behalf of the State to hundreds of women who spent time in Magdalene laundries. They were blameless women, he said, who had been forced to live in the shadows, carrying a deep-set sense of shame that they had done something wrong.

“Today we live in a very different Ireland, with a very a different consciousness and awareness. We live in an Ireland where we have more compassion, empathy, insight and heart,” he said.

But campaign groups point out that State-sanctioned injustice remains in the shadows in Ireland today. A number of prominent figures, including former Supreme Court judge Catherine McGuinness, have predicted that the State’s treatment of asylum seekers will be the subject of a future government apology. Reports from the Irish Human Rights Commission, the Ombudsman for Children and from non-governmental organisations have highlighted the damage direct provision is causing residents and have warned it is in violation of several human rights treaties and instruments.

The Reception and Integration Agency, which oversees the direct provision system, maintains it meets all the basic needs of asylum seekers and their families. In addition, residents are entitled to the same health services as Irish citizens.

In reality, say many, restrictions on welfare and work mean asylum seekers’ health, welfare and life chances are badly affected. Dr Geoffrey Shannon, the State’s Special Rapporteur on Child Protection, says the duration asylum seekers – especially children – spend in the system may be storing up trouble.

“When we look back in 10 years’ time, we may ask ourselves how we allowed the system to exist,” Shannon says. “The debate sparked by the Tuam mother and baby story should prompt us to reflect on the manner in which all children are treated in Ireland, not merely citizen children.”

In addition, international bodies such as the Council of Europe and the United Nations have made adverse comments about the duration of the system.

Last month, the UN Human Rights Committee called for reforms to the system, saying people were spending too long in it and that it was not conducive to family life. The committee also raised concerns about the absence of an independent complaints process.

The system itself may well be illegal, according to Dr Liam Thornton, a law lecturer in UCD. He argues there is a lack of statutory basis, describing it as a violation of the Constitution.

The denial of welfare benefits is another key issue. Asylum seekers receive €19.10 per week and have no entitlement to other welfare payments. Former ombudsman Emily O’Reilly has written of the case of a woman who left direct provision after 15 months due to serious concern over the mental health of one of her children, who had attempted suicide.

The woman moved to Dublin, where she lived with a friend in rented accommodation. Her child made a second suicide attempt and was hospitalised. As she had no income, the woman applied for supplementary welfare allowance, but was rejected. She successfully appealed the decision to the Social Welfare Appeals Office following a delay of more than eight months.

However, the HSE did not implement the appeal decision, leaving the family in a very vulnerable position. Ms O’Reilly said there would have been a scandal if an Irish family had endured such treatment.