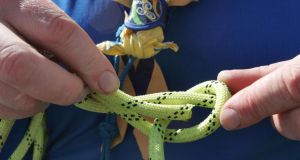 Scouting Ireland: “The new governance structures, together with a new approach to safeguarding, will strengthen our organisation as we continue to serve young people across Ireland.” Photograph: Brenda Fitzsimons

The membership of Scouting Ireland has overwhelmingly approved an overhaul of the organisation’s governance structures.

Some 482 members voted to accept the changes,at an extraordinary general meeting in Dublin on Saturday, with 133 rejecting them.

The reforms include changes to how their board of directors is made up, including introducing independent board members, assessments of candidates based on competency and reducing the size of the board.

Scouting Ireland is in the middle of a controversy over the handling of a rape allegation made in 2016, concerning two adults from an incident in 2009. A confidential report by child protection expert Ian Elliott found the handling of the claim was “deeply flawed” and four senior volunteers criticised in Mr Elliott’s report temporarily stepped aside.

The governance changes have been in train for several years, but were accelerated after Minister for Children Katherine Zappone suspended the organisation’s State funding in April, following the rape claim controversy.

Ms Zappone last week released three months of State funding, worth some €220,000, on foot of commitments to safeguarding and governance reforms.

A report on the governance of the organisation, prepared for Ms Zappone by former Independent Senator Jillian van Turnhout, found a dysfunctional culture of “blind loyalty” to senior figures and a lack of transparency had led to current failings.

In a statement following the vote, the organisation’s board said it welcomed the “clear majority” of 78 per cent who voted in favour of the changes.

The decision “recognises that a new model of corporate governance is needed at a national level to support the future growth of Scouting Ireland”, it said.

“The new governance structures, together with a new approach to safeguarding will strengthen our organisation as we continue to serve young people across Ireland.”

A separate motion to establish a national disciplinary officer for the organisation only passed by a single vote. Both Mr Elliott and Ms van Turnhout’s reports said the lack of a clearly defined disciplinary code for volunteers was a major blind spot for the organisation. The board has committed to draw up a code, with sanctions to suspend or expel members who breach it.

The extraordinary general meeting took place in the Helix, in Dublin City University’s north Dublin campus, with over 600 delegates in attendance.

Chief scout Christy McCann, one of the volunteers who stepped aside amid controversy over Mr Elliott’s report, attended the meeting. In April four senior volunteers temporarily stepped down from their positions, pending an internal barrister’s inquiry into their actions, which is still ongoing.

The governance reforms will need to be ratified at a second extraordinary general meeting in October, when a new Scouting Ireland board will be elected.

There had been opposition to the reforms, particularly a proposal to have each individual scout troop register as a charity, which is with a view to complying with charity regulation legislation.

At a meeting on the proposals held earlier this month, several members expressed concern at the added administrative obligations and liability this would place on local volunteers.

The organisation has 40,000 juvenile members, 13,000 adult volunteers, and 34 professional staff.

Its State funding is worth nearly €1 million a year, and Ms Zappone will make a decision on fully restoring funding following a progress report in September.