Ann Lovett report praised by journalist who broke the story 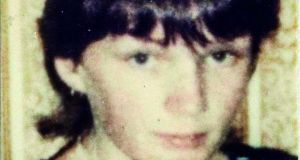 An image of Ann Lovett. Photograph: The Irish Times

The journalist who first reported Ann Lovett’s death, Emily O’Reilly, has said very few facts about the background to what had happened to Ms Lovett had become publicly known up until Saturday’s report on the matter in The Irish Times.

Ms O’Reilly said: “It is incredible that now, 34 years later, we are beginning to fill in the story.”

Up to now it had been striking the extent to which “silence held”, she added.

The story had been presumed to be one of a “scared little girl” who found herself pregnant in a small rural town with no one to go to, she said.

In The Irish Times on Saturday, Mr McDonnell (51) spoke for the first time about Ann’s death at the age of 15, after giving birth in a grotto in Granard, Co Longford, on January 31st, 1984.

The teenager, who died in hospital later that day, was found by three boys walking home from school. Her newborn son died in the grotto.

Ms O’Reilly noted that Mr McDonnell had said Ms Lovett had people in the town she could have gone to and that what had happened had been an “act of protest” by the pregnant teenager.

Stories like these are having a second life. I think it has to do with #MeToo and Trump and all of that

Ms O’Reilly, who is now European Ombudsman, said she suspected that more details would now emerge. “The first thread has been pulled.”

Since the tragedy first became national news, it had continued to live in the memories of those who learned about it at the time, she said.

More recently she had noticed that younger women were becoming interested in controversies from the 1980s such as the Ann Lovett case and the Kerry Babies scandal.

“Stories like these are having a second life. I think it has to do with #MeToo and Trump and all of that. Young women are finding out about recent history and how it still has a relevance.”

Saturday’s report also included the first published photograph of Ms Lovett since her death became national news. “She looked so pretty, so vulnerable and so young,” Ms O’Reilly said. “I actually put my hand on the screen. I felt very emotional.”

Meanwhile, Mr McDonnell’s daughter has said the silence surrounding Ms Lovett’s death has been “an enormous burden on so many people”.

Vicky Langan said she “struggled with the weight of knowing who the father of Ann’s baby might be but was paralysed by it”.

In a Facebook post, Ms Langan said she accidentally came across private correspondence belonging to her mother “that referred to my estranged father’s relationship with Ann Lovett”, along with a description of Ann’s death, which occurred two years before Ms Langan was born.

“From then on, if I saw Ann’s name printed in a newspaper, my heart raced and my palms would sweat. I was overwhelmed with guilt, sadness and a profound shame.”

Ms Langan said the more she researched Ann’s death, “the more I became convinced of some manner of a cover-up.

“I struggled with the weight of knowing who Ann’s baby’s father might be but was paralysed by it. I was unable to process or suppress the contemplation of the senseless loss of Ann’s life, the tragic, lonely stillbirth of what might have been my half-brother, the suffocating atmosphere of the town closing ranks, the silence.”

On April 22nd, 1984, less than three months after Ann died, her 14-year-old sister Patricia took her own life. “The silence surrounding this horrific tragedy has been an enormous burden on so many people,” Ms Langan said.