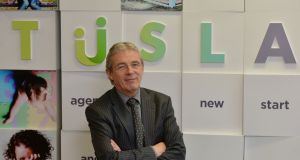 Changes to the State’s care system will result in payments to foster families ceasing where a young person is not involved in education or training once they turn 18.

The aftercare changes are due to come into force on August 1st, but have not yet been publicly announced.

Aftercare is the term given to support for young people in State care after they turn 18.

Under the plans, a national €300 weekly “aftercare allowance” will be divided between young people involved in education or training and their carers.

The payment would cease where young people were not involved in education or training.

Instead, these young people would be guided towards drawing social welfare and seeking housing from local authorities or the private rented market.

Groups representing young people in care have expressed alarm that the changes may place vulnerable young people at risk of falling through the cracks of the care system.

There are also concerns the changes are being implemented at short notice.

However, she said those not in education or training required even greater guidance and support.

“It’s short-sighted if we don’t look after them. They are the young people at greatest risk of homelessness. They are more likely to be unemployed,” she said.

“Many are lonely and isolated. It can be hard enough for a young person to make their way in their world – but if you don’t have the back-up of a family it’s harder still.”

He said: “We’re looking for consistency and ensuring there is the same support for all young people in education and training.”

He said the agency has been in discussion with housing and social welfare services to ensure supports are available to anyone who need them.

At present, the level of aftercare support varies dramatically in different parts of the State.

In some areas, foster families receive up to €350 a week to care for young people in aftercare, while in other areas financial support can stop altogether at 18 years.

Similarly, education grants for young people leaving care who are progressing on to further education can vary between €1,200 and €3,000.

The move to standardise payments is based on an aftercare policy drafted in recent years aimed at “enhancing and standardising” services.

Under the policy changes, young people in care from the age of 16 onwards should receive support to prepare them for leaving care.

Latest figures indicate there are gaps in services for young people of this age.

Some 26 per cent of children aged between 16 and 18 had preparation for leaving care and aftercare plan at the first quarter of this year.

In addition, 60 per cent of children aged between 16 and 18 did not have an allocated aftercare worker.