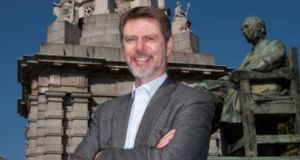 A research project into the history of Irish fisheries will look at records dating back as far as 1400 and has the potential to inform us about the history of globalisation, climate change and the environment.

Funding from the European Research Council worth €2.5 million over five years will support the project, which is headed up by Prof Poul Holm, professor of environmental history at Trinity College Dublin (TCD).

Prof Holm is the only recipient in Ireland of an advanced grant award from the council in its current allocation.

The funding comes via the EU’s Horizon 2020 research budget. This round saw 190 leading researchers receive a combined €445 million in funding.

Prof Holm’s project, North Atlantic Fisheries: An Environmental History, 1400-1700, will bring together hard information about what life was like for coastal communities around the North Atlantic during that period.

He will look at old records or ships’ logs for information on fish stocks, the level of fish extraction, what prices were like and how countries and regions developed their own strategies for exploiting the rich Atlantic waters.

One focus will be on the “fish revolution” of the 1500s and 1600s. Prof Holm said that this “revolution” reshaped alignments in economic power, demography and politics, in effect triggering an early globalisation of the North Atlantic.

The professor will also study marine environmental history and the impact that this would have had on communities as they made a living from the Atlantic.

Prof Holm said that knowing more about past fish stocks, who controlled the fishing grounds and how the climate varied at the time would help modellers to understand the long-term variability of stocks.

“It will also provide us with a much better historical understanding of the creation of the North Atlantic world.

“In recent years we have all been affected by the impact of globalisation, climate change and threats of unemployment and social upheaval. It is important to know how people in the past responded to the same forces.”

Originally from Aalborg in Denmark, Prof Holm completed a Masters in Ireland and served in a number of Danish universities before moving to TCD in 2008.

He was congratulated by TCD provost Dr Patrick Prendergast for being the the only local recipient of the council’s advanced grant and for receiving the maximum amount available under it.