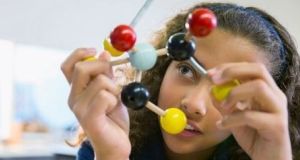 The ‘Exploration Station’ will draw up to 150,000 visitors per yera. File photograph: Getty Images

A multi-million euro interactive science centre for children featuring a planetarium has been granted planning permission by An Bord Pleanála.

The National Children’s Science Centre will be developed in the old north wing of the National Concert Hall on Earlsfort Terrace in Dublin’s south inner city, and the project has been flagged for completion by 2018.

The Office of Public Works was originally granted permission by Dublin City Council to commence building the centre in April. However, the decision prompted appeals from sporting and historical preservation groups who were unhappy at the proposed use of the Real Tennis Building as a space for visiting exhibitions.

The proposals mean the main centre, featuring a 15m dome and 200 interactive exhibits, will be connected to the building by a tunnel.

Its indoor court formerly featured games of real tennis, a precursor to the modern game dating back to the 14th century.

Conditions attached to the permission granted by the board mean original elements of the court constructed by the Guinness family in 1884 will have to be preserved so occasional matches can take place in future.

The controversial decision to make the building part of the planned science centre attracted objections from Senator David Norris and Jonathan Irwin, head of children’s charity the Jack and Jill Foundation, who said it is “simply not credible that we could think of destroying this court in a city with so few sporting facilities and so little of our built heritage left standing”.

Planning inspector Karla McBride remarked on the “energetic and candid exchange of views” between parties about the future of the building in her report.

Among the 13 conditions imposed by the State’s highest planning body was a requirement for a plan of where the bronze statue of internationally renowned Irish tenor Count John McCormack will be placed, as it will have to be moved from its current location in the Iveagh Gardens during construction.

The planning report acknowledges that some mature trees will also have to be removed from the park to accommodate the new centre, which will also be known as the Exploration Station.

The cost of refurbishing relevant parts of the National Concert Hall and adjoining areas will be borne by the State.

The €13 million needed to build the exhibits is expected to be raised through philanthropic funding and strategic partnerships.

The centre is designed to appeal to children aged between 4 and 16, but will bring in up to 150,000 visitors of all ages per year when works are completed.