Watt says reform of public sector should focus on transparency 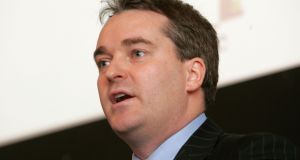 Robert Watt said a culture change was required within the public sector.

The damaged relationship between the State and the public needs to be restored through transparency and openness, the secretary general of the Department of Public Expenditure and Reform has said.

Robert Watt said areas such as freedom of information, whistle blowing, lobbying, and Oireachtas enquiries needed to be addressed.

At an event this morning he told members of the Dublin Chamber of Commerce that lobbying was a critical part of policy formation but the process required greater transparency. He added that this was intended to improve accountability, not to “prevent sensible engagement with the system”.

A “culture change” was required within the public sector, which has lacked accountability and has been prone to risk aversion, he said.

But he added that reform was taking place. “In the past no one was responsible for the public sector… now the Taoiseach knows who to ring to give out to.”

He said businesses and the media had a role to play in the reform, adding that there was a lack of incentives for public sector workers to perform well. They receive little praise for the good work they do, but when they make mistakes “you read all about it” in the news, he said.

In terms of tendering and procurement, he said the public sector worked off a very traditional model which needed to be updated. He said he would like to see more “sophisticated contracts” being drawn up with third parties to encourage better performance for higher payments.

He also said technology should be used to improve the State’s interaction with citizens and avoid repetitive requests for information. He said, for example, that someone should only have to be asked for their birth certificate once, not repeatedly for various reasons.