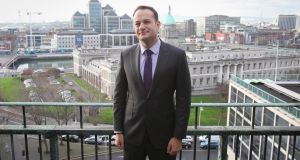 Fine Gael Ministers have been urged to hold more fundraising events to generate money for the party in the event of a snap election.

The trustees of the party and its chairman Tom Curran met with senior Ministers ahead of the Cabinet meeting on Tuesday morning.

The Ministers were briefed on the party’s financial position arising from the cost of the general election last year and a court case taken against Fine Gael by former TD John Perry.

Ministers were assured the party was not “broke” but it must generate revenue in preparation for a possible general election.

A party source said: “There was a general feeling that we have to be financially ready in case an election comes because, lets face it, the timing of the general election may be out of our control.

“There will have to be a few more breakfasts with [Michael] Noonan and lunches with Leo [Varadkar].

“They will spread across the country and they will be used to generate as much cash as possible.”

Figures released by Standards in Public Office Commission earlier this year showed that Fine Gael spent a total of €2.77million on the general election.

This included €440,000 on advertising and €252,747 on market research. The party lost 20 seats in the campaign, which has been heavily criticised by internal reports.

Fine Gael, in total, collected €429,190 from membership fees last year, but €104,320 was from Ministers, TDs and Senators providing annual donations.

Ministers pay the most, because of their larger salary, followed by TDs and followed by Senators.

The party is increasing its fees to €20 for the forthcoming year in response to the financial challenges of the party. Party sources claimed their usual membership is around the 30,000 mark.