So who is presidential hopeful Peter Casey? 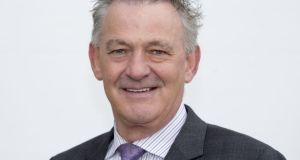 Peter Casey: “I had to buy a Jaguar as they are owned by my largest client, Tata.” 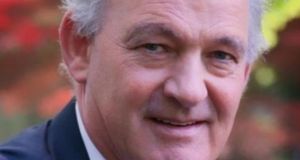 Peter Casey: “I had to buy a Jaguar as they are owned by my largest client, Tata.”

Peter Casey, who is probably best known for his role on RTÉ’s Dragon’s Den series, is the founder and chief executive officer of the global recruitment business Claddagh Resources.

The firm, which was set up in Atlanta in the US in 1995, operates from five locations worldwide and its European base is located outside Buncrana, Co Donegal. He has previously had business interests in Australia and Ireland.

Casey (60) is one of nine children from a Co Derry family. He is a graduate in business and politics from Aston University in Birmingham, England. He and his wife, Helen, who is from Crumlin in Dublin, have five children.

In recent years, Casey bought a home in Donegal and considered standing as a general election candidate in the northwest. However, he decided not to as he wanted his youngest child to finish school in the US.

He attempted to win a seat in the Seanad in 2016 after being nominated by the Irish Business and Employers Confederation (Ibec) for a place on the House’s Industrial and Commercial Panel.

When outlining his agenda as a Seanad candidate, he said he intended to support foreign direct investment, indigenous businesses and job creation. He called for a greater focus on rural Ireland, citing a need to address the concentration of commercial activity and the administration in central Dublin.

However, he did not secure one of the nine seats on the panel.

Casey appeared on two season’s of Dragon’s Den, alongside Gavin Duffy, who is also seeking a nomination to contest the presidential election. His time on the show did not crossover with that of Seán Gallagher, who is trying to run for the presidency again after losing out to Michael D. Higgins in 2011.

In an interview with The Irish Times in 2016, Casey said he had bought a farm in Derry a decade earlier for €1.4 million. He said the most expensive thing he owned was his car, a Jaguar XJL Supercharged Supersport.

“I had to buy a Jaguar as they are owned by my largest client, Tata,” he added.

He said he had bought and lost a lot of money on Apple shares.

Asked if he had ever lost money, he replied: “Loads of times. I made many bad investments, but I have selective amnesia”.

Casey has previously bought houses in Derry that were under threat of being repossessed by banks and then leased them back to the occupants. In January 2015, he said he held 16 such properties.

“We basically buy them before the banks foreclose and we enter into a long-term lease with the tenants,” he said at the time. “It’s a win-win. It means people are able to stay in the property. I get a much better return than what I was getting on money sitting in the bank and I’ve got an appreciating asset.”