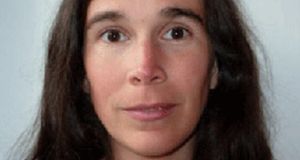 Aziliz Gouez, a 34-year-old French citizen who holds two masters degrees and worked for François Hollande before he was president of France, has been appointed chief speech-writer to President Michael D Higgins.

Áras an Uachtaráin has not formally confirmed Ms Gouez’s employment, but she is understood to have begun work this week after completing an interview and vetting process. She could not be reached for comment.

The post, which carries the title of “head of speech writing”, carries a minimum salary of €65,000 and the appointment is for a three-year period.

Friends of Ms Gouez said she perfected her English at the University of Cambridge, where she did research on the Irish sovereign debt crisis. They described her as “a very high-level intellectual, a networker, an insider, plugged-in, capable and competent”.

Ms Gouez spent a year in Dublin, writing Forty Years A-Growing; An Overview of Irish-EU Relations, published by Jacques Delors’ institute, Notre Europe. When President Higgins delivered a lecture at the Sorbonne in Paris last February, copies of her study were placed on every chair.

Ms Gouez joined Notre Europe in 2005, and remained a research associate there until she began work at the Áras.

Her Breton family name may have been a plus with the President, an enthusiastic supporter of the Festival Interceltique in Lorient.

Ms Gouez is a graduate of two prestigious institutes of learning: Sciences Po and the École des Hautes Études, where she earned a masters in anthropology.

‘Symbolic exchanges’
During her studies in 2002-2003, she worked for Mr Hollande, enabling her to research “the material and symbolic exchanges which link an elected official to voters”, according to the Notre Europe website.

Ms Gouez has also worked with Pascal Lamy, the outgoing head of the World Trade Organisation, “to develop an anthropological critique of capitalism” – another interest she shares with President Higgins.