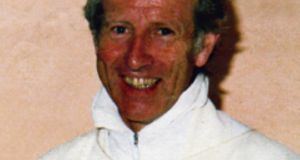 The “precise truth” of the circumstances surrounding the death of Fr Niall Molloy in Co Offaly in 1985 cannot be ascertained, a new report has concluded.

The report by Dominic McGinn SC was published on Wednesday by Minister for Justice Frances Fitzgerald.

He found there were “extremely unusual, if not unique, features” about the case, but he did not believe a new inquiry was justified.

“It is unlikely given the passage of time, the death of many of the pertinent witnesses and the reluctance of others voluntarily to give evidence, that any further inquiry would have a reasonable prospect of establishing the truth.”

The death of Fr Molloy was one of the highest-profile crimes of the 1980s in the Republic.

On July 8th, 1985, gardaí were alerted to the death of Fr Molloy whose body was found in the home of Richard and Theresa Flynn at Clara, Co Offaly. Mr Flynn was charged with manslaughter and assault, but the jury at his trial was directed by Judge Frank Roe to find him not guilty on both counts.

Because of ongoing controversy over the case Mr McGinn was appointed by the Government to examine the Garda Serious Crime Review Team’s (SCRT)original review of the Garda investigation.

The SCRT examination followed submissions made by Fr Molloy’s family. Its report was submitted to the DPP who advised there be no further prosecution.

Ms Fitzgerald said Mr McGinn’s report performed an important service in outlining the background to the case in considerable detail.

“The report does not answer all of the questions raised, however, and concludes that the precise events surrounding Fr Molloy’s death cannot now be ascertained. In these circumstances, Mr McGinn recommends that examination by a further inquiry would not be warranted.”

In accepting this recommendation, she said she fully appreciated it would come as a disappointment to Fr Molloy’s family and to those who had campaigned on their behalf.

“I hope they will accept, however, that a considerable level of detail is being put into the public domain, and that every effort has been made to answer as many questions as it is possible to do.”

In his report Mr McGinn said among the questions remaining unanswered about the case were the exact times of the assault on Fr Molloy and his death. The significant delay in calling the authorities after the assault remaned unexplained.

“Unnfortunately it appears that the only people who could offer credible evidence in order to explain the delay either have died, are too infirm to speak about it or are unwilling to divulge exactly what occurred”.

Mr McGinn said that, in light of the confession made on a number of occasions by Mr Flynn to inflicting the violence on Fr Molloy, the directed acquittal at his trial was “extraordinary.”

However, a careful reading of the assessment by prosecution counsel revealed the decision might have been at least partially attributable to concessions made by state pathologist Prof John Harbison in cross-examination at the trial.

Mr McGinn said it was an “uncomfortable fact” Judge Roe was deeply involved in the horse business, which he had in common with the Flynns and Fr Molloy. But as an objective fact, there was no documentary evidence to substantiate the suggestion Judge Roe was predisposed to securing Mr Flynn’s acquittal.

He said it was “suspicious” the business dealings which were ongoing between the Flynns and Fr Molloy were not revealed to the authorities at the outset of the Garda investigation and only came to light subsequently.