Poll reveals scepticism about climate change and measures to tackle it

One in three ‘not that worried’ about climate change, Irish Times/Ipsos MRBI poll finds 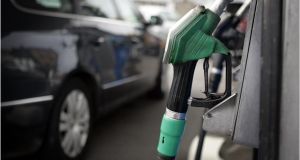 In all regions of the country outside Dublin, majorities oppose increases in the price of oil, gas and other fossil fuels to tackle climate change, the poll found. Photographer: Dara Mac Dónaill

The latest Irish Times/Ipsos MRBI poll finds that while people are convinced of the problems of climate change, they are less convinced about measures to combat global warming.

And there is a substantial chunk of voters who exhibit some degree of scepticism about climate change and/or the measures proposed by Government to tackle it.

A third of voters are “not that worried about it”; 48 per cent aren’t prepared to pay more for their petrol, diesel, oil and gas, as they will with carbon taxes increases; 56 per cent of them don’t agree that the Government should divert resources from public services to tackle climate change.

Almost two-thirds of Dublin voters (64 per cent) agree that climate change “is the most serious issue facing the world”; 65 per cent of the wealthiest AB voters agree, as do 65 per cent of under-25s.

But just 47 per cent in Connacht-Ulster agree (same figure in Munster). Almost half of all farmers (49 per cent) disagree that climate change is the most serious issue facing the world, while 38 per cent agree.

The same pattern is followed on the other statements that were put to respondents in the poll to gauge their views.

On the statement “I am okay with reducing my standard of living in order to help tackle climate change”, two-thirds (67 per cent) in Dublin agreed, while the figure fell to 46 per cent in Connacht-Ulster. Just 30 per cent of farmers agreed.

But on the specific question of increases in the price of oil, gas and other fossil fuels to tackle climate change majorities oppose the measure in all regions (the rest of Leinster, Munster and Connacht-Ulster) of the country outside Dublin. Only among the under-25s is there majority support among those expressing a view in favour of paying more on fuels to tackle climate change. Six out of 10 among the least well-off voters disagree with paying more. Among Sinn Féin voters, the proportion is even higher, at 62 per cent.

Asked if they agree with the statement “I don’t think climate change will be as bad as some people say so I’m not that worried about it”, half of farmers agreed, while just 34 per cent disagreed.

Overall, only a third of voters agree – but that rises towards 40 per cent among voters in rural areas, the over-65s and among the least well-off voters. Forty-one per cent of Fianna Fáil voters agree.

All this suggests that securing public acceptance for further increases in carbon tax, as well as other expensive and inconvenient climate action measures, will be a tricky task for this or any future government. As long as there is a significant minority opposed to tax changes and new charges, politicians will be extremely nervous about their introduction.

The experience with the water charges has marked TDs in Leinster House for a generation – and it is the clear strategy of some of the smaller parties and of Sinn Féin to oppose increases in carbon taxes in the hope of building a water charges-type rebellion. The strength of opposition among farmers – a group not unaccustomed to protests – to some aspects of climate action will give governments further pause for thought.

Those who want the Government to act on climate change have convinced very many people. Most voters recognise the threat of global warming. The electorate as a whole is less sure what it wants to do about it.