Land development body should be covered by Freedom of Information – ombudsman 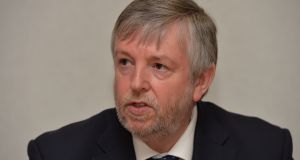 The ombudsman Peter Tyndall has said the State’s new €1.25 billion Land Development Agency (LDA) should not be shielded from Freedom of Information (FoI) laws, as is currently intended by the Government.

In a letter to the housing committee, seen by The Irish Times, Mr Tyndall wrote that he can “see no reason why it cannot be included within the scope of the [Freedom of Information] Act in part at least, as are other such similar bodies.”

Under the Land Development Agency bill, which is currently being scrutinised by the Oireachtas, large parts of the functions of the agency would be exempted from the transparency laws, including records relating to its acquisition of land, raising capital, development of public lands and the creation of investment vehicles to facilitate the development of land.

“It seems entirely appropriate, in my view, that the Agency would, at a minimum, be subject to the provisions of the Act in respect of records relating to its general administration, as are many other offices, including mine.”

Mr Tyndall said that the relevant part of the legislation should be removed, and provision made for the “limited inclusion” of the agency under FoI laws.

The housing committee today heard concerns in relation to the proposed exemption from the laws to be carved out for the agency. University College Dublin academic Orla Hegarty told the committee that the transparency laws apply to the LDA, and contact with its officials be included on the lobbying register “given that lobbying legislation has specific provisions for housing (because of the risks of corruption) and the significant sums of money in land transactions and development contracts”.

In her opening statement, Ms Hegarty said FoI “is essential for ensuring the public confidence, transparency and accountability, and there are already adequate legislative exemptions in place for commercially sensitive information, without a blanket exemption”.

Professor Rob Kitchin of the department of geography at NUI Maynooth agreed that the LDA should be open to FoI, “with specific queries that have commercial sensitivity being assessed on a case-by-case basis”.

Eoin Ó Broin, the Sinn Féin housing spokesman, said: “It is clear from the correspondence from the information commissioner that the work of the LDA should be covered by FOI and I will be urging both the Minister and the Committee to remove head 39 from the Bill and allow the Freedom of information Acts to apply to the LDA as it does with other public bodies. If the Minister is not willing to do this it will limit both the transparency and accountability of the LDA and given that it is to be in the receipt of €1.2n billion of taxpayers money this is simply not justifiable. “